Condemn Scapegoating in Aftermath of Atrocities 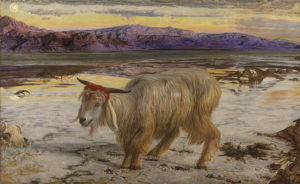 Colorado, my home, has suffered two horrific, internationally publicized mass murders in recent years, at Columbine High School in 1999 and at an Aurora movie theater just days ago. Despicably, some public commentators quickly sought to scapegoat the innocent rather than blame the guilty for these crimes.

After Columbine, for instance, various pundits tried to blame the then-recent Matrix film because it portrays violence, the defense industry because it allegedly promotes indiscriminate violence, secularists because they oppose religious teaching in tax-funded schools, and the National Rifle Association because it defends the right of gun ownership.

Now, some people are seeking scapegoats for the Aurora murders. Here are but three examples:

Whatever his emotional problems, the Aurora murderer chose for many months to plan a horrific crime and then to carry it out. He is guilty, and he should receive the blame.

Those who scapegoat commit a double injustice: They accuse the innocent, and they excuse the guilty. Don’t let them get away with it.