The Morality of Unequal Pay for Unequal Work 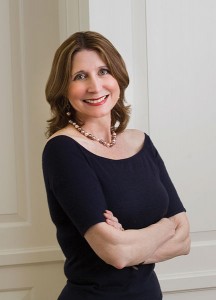 The good news, as Dan Mitchell reports, is that a measure to force greater “equality” between the pay of men and women—the so-called “Paycheck Fairness Act”—“didn’t get enough votes to overcome a procedural objection” in the Senate. The bad news is that this statist measure made it to the Senate in the first place—and that it is seriously advocated by various politicians and activist groups.

Mitchell points to an article by Christina Hoff Summers that explains the economic problem with the proposal:

Groups like the National Organization for Women insist that women are being cheated out of 24 percent of their salary. The pay equity bill is driven by indignation at this supposed injustice. Yet no competent labor economist takes the NOW perspective seriously. An analysis of more than 50 peer-reviewed papers, commissioned by the Labor Department, found that the so-called wage gap is mostly, and perhaps entirely, an artifact of the different choices men and women make—different fields of study, different professions, different balances between home and work.

As Summers further explains, the Act would subject employers to class-action lawsuits of unlimited proportions for ambiguous “harms” such as permitting the “lingering effects of past discrimination.” The resulting legal chaos, Summers predicts, likely would lead to “federally determined occupational wage scales”—that is, federal wage controls across the board.

Unfortunately, neither Sommers nor Mitchell offers a principled defense of individual rights in this context. Sommers suggests that the measure is not a “common-sense equity” bill and therefore should be ruled out. Mitchell argues that the core issue is that “we want resources to be allocated by market forces instead of political edicts.”

The fundamental principle properly governing this issue, however, is that individuals have the right to control their property as they see fit and to contract with others on a purely voluntary basis. The government’s proper job is to protect such rights—not to violate them by meddling in the agreements of consenting adults.

Even if some portion of the “gender gap” in pay were shown to be due purely of gender (one recent article suggests that part of the problem is that some women are not as aggressive in asking for raises), that would not justify federal intervention. It might justify individual women asking for raises if they want more money.

Usually a rational employer will offer “equal pay for equal work.” Usually doing so keeps employees happier and enables employers to retain good staff. An employer who underpaid women (or any other group) due to prejudice would suffer economically by losing talent to competitors who compensate on the basis of ability. Of course, employers should also offer unequal pay for unequal work—as judged by the employer. (For obvious reasons “Unequal Pay for Unequal Work!” doesn’t strike the left as a worthy chant.)

But employers are not morally bound to pay the same wages to employees doing the same work. If one person is willing to perform a job for less money, an employer sensibly offers him less money—just as a consumer sensibly pays less to have the lawn mowed or to have a pair of shoes repaired, if someone will do the same job for less.

Government is morally sanctioned only to protect rights—in this case, to ensure that contracts are reached consensually, without the use of force or fraud; government has no moral sanction to generate outcomes that some people deem “fair.” Whenever government seeks to guarantee “fair” outcomes, rather than the equal protection of individual rights, it necessarily violates rights and inevitably generates unfair outcomes.

The government should protect rights and otherwise leave other matters of fairness to the free choices of individuals who associate on strictly voluntary terms.

View all articles by Ari Armstrong →
Hey “Liberals”: Obama Has Nothing On Your Should-be Hero BushLouisiana’s Voucher Plan to De-Privatize Private Schools
Return to Top