The Indecency of FCC Censorship 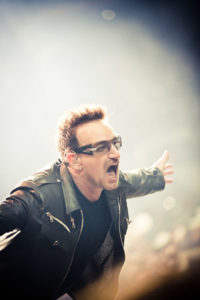 The good news is that the Supreme Court threw out Federal Communications Commission fines against television broadcasters who let slip a swear word or image of partial nudity, Fox News reports. The bad news is that the ruling is restricted to the FCC’s notification practices. The ruling states:

Because the FCC failed to give FOX or ABC fair notice prior to the broadcasts in question that fleeting expletives and momentary nudity could be found actionably indecent, the Commissions' standards as applied to these broadcasts were vague.

Fox reports, “The material at issue in Thursday's decision includes the isolated use of expletives as well as fines against broadcasters who showed a woman's nude buttocks.” For example, Bono from the rock band U2 said, “f**king brilliant” during an awards show.

The Supreme Court should throw out not only the fines in question, but the entire body of law that grants the federal government power to censor broadcasts. The government’s only proper purpose regarding the airwaves is to recognize and protect the property rights of those who develop the airwaves. By engaging in censorship, the government violates not only free speech but also the rights to property and freedom of contract. If people do not wish to watch television shows with curse words or nudity, they are free to change the channel or turn off the TV.

Perhaps the best way to respond to this case is to note that the contents of broadcasts, properly, are none of the FCC’s f**king business.