The Aftermath of the SCOTUS ObamaCare Ruling 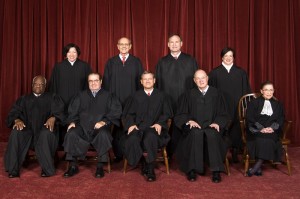 What does the Supreme Court’s decision upholding ObamaCare mean for you? What does it mean for the future of the nation? Although volumes can and will be written about the decision and the law it addresses, a number of consequences stand out.

The ruling sets an ominous and ludicrous precedent.

Chief Justice John Roberts ruled that the mandate passes constitutional muster based on Congress’s taxing authority. In effect, this means that the national government may tax us not only on certain actions we do take (most notably, earning a living), but also now on actions we do not take.

ObamaCare will lead to shortages and rationing of health care.

Through decades of interventions, the federal government has effectively turned health “insurance” into government-controlled, prepaid “health care.” As a consequence, U.S. patients pay only around 12 percent of total health care costs out of pocket. (Various welfare subsidies have contributed to the trend as well.)

As anyone in Econ 101 (or first grade) can tell you, when people pay close to nothing for a service, they demand more of it, causing prices to skyrocket. Government can contain those costs only by rationing health services. (Notably, creating long waits for care can serve as an effective form of rationing.)

Meanwhile, as Mark Long notes, the United States is expected to face a doctor shortage of 90,000 within a few years.

ObamaCare will render your medical privacy null and void.

As Loren Grush points out:

Another change that will eventually go into effect is the government’s ability to seize your medical records. In order to make information more readily available for doctors during their appointments, the government hopes to create a national database of every person’s medical history.

Despite ObamaCare’s immoral, anti-freedom, anti-life consequences, the Supreme Court has let Congress get away with implementing it.

Now it is up to us to assert our rights and demand that the government protect rather than violate individual rights in medicine. Liberty-loving Americans must let all politicians know that if they do not explicitly vow to fight to repeal this horrendous law and work for a genuinely free market in medicine, they will not only lose our support but gain our aggressive opposition.

View all articles by Ari Armstrong →
Supremes’ ObamaCare Ruling: Altruism In PoliticsObamaCare Tax: A Sophistic Assault on the Rule of Law
Return to Top