Morality and Sanity Demand an End to Drug Prohibition 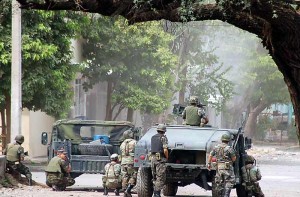 A set of gruesome photographs published recently by The Atlantic illustrate the death and destruction caused by the drug policies of the United States. The Atlantic’s Alan Taylor summarizes the consequences:

Since Mexico's President Felipe Calderón began an all-out assault on drug cartels in 2006, more than 50,000 people have lost their lives across the country in a nearly-continuous string of shootouts, bombings, and ever-bloodier murders.

To be sure, the brutal members of the drug cartels bear primary responsibility for these murders, perpetrated against rival gangs as well as innocent victims. But U.S.-led policies of drug prohibition establish the conditions in which the drug cartels collect enormous profits selling illegal drugs—profits the cartels pour into weaponry to wage their savage wars for control of the inherently violent black market.

U.S. policy bears much of the responsibility for Mexico’s horrific drug wars. As the Council on Foreign Relations (CFR) reported last year, Calderón “launched a massive crackdown against drug trafficking organizations, in conjunction with the United States.” In addition to pressuring Mexico politically, “the United States has supplied funding and labor to increase Mexico's institutional capacity to address drug trafficking.”

U.S. drug policies result in horrific violence not only in Mexico but also here at home, where drug dealers and drug-dealing gangs murder for drug money day in and day out. Economist Jeffrey Miron estimates in his 2004 book Drug War Crimes “that eliminating drug prohibition would reduce homicide in the United States” by at least 25 percent.

What is the rationalization for U.S. interference in Mexico? As CFR points out, “Mexico is a major supplier of heroin to the U.S. market, and the largest foreign supplier of methamphetamine and marijuana.” Moreover, around “95 percent of cocaine now travels through Mexico . . . into the United States.”

And what consequently travels out of the United States and into Mexico? “The U.S. State Department found that U.S. drug users send between $19 and $29 billion annually into the coffers of Mexican drug cartels.”

In other words, the fact that a small minority of Americans choose to harm themselves by abusing drugs is supposed to justify prohibitionist policies that violate Americans’ rights to liberty and result in the rise of wealthy and powerful criminal gangsters who murder many thousands of people including Americans every year.

There is nothing inherently rights-violating in the mere act of consuming drugs (and, indeed, there are perfectly legitimate medical uses for nearly all drugs now declared illegal); thus, government should protect the rights of adults to purchase and consume the substances of their choice.

The fact that the government through its prohibitionist policies systematically violates (rather than protects) individual rights with respect to drug use has given rise to the black market along with the horrific violence inherent therein (not to mention a host of other harms beyond the scope of this post).