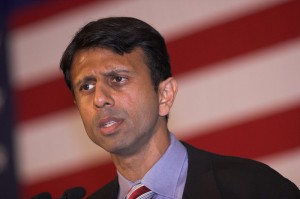 Louisiana has passed a bill establishing in the state the broadest school voucher system in America to date. Under the plan, all of Louisiana’s school children are eligible for full or partial state-issued private school tuition vouchers up to $8,800, the current annual per-pupil cost of the state’s government-run schools.

The plan is billed by Reuters’s Stephanie Simon as a “bold bid to privatize schools.” But this plan has nothing to do with privatizing schools. On the contrary, although the plan provides a measure of parental choice and school competition, on the whole it constitutes a substantial expansion of government intrusion in private education. The net effect of the plan will be to place any private school that accepts the vouchers at the beck and call of government dictates.

Despite Governor Jindal’s assurance that “We are letting parents decide what's best for their children, not government,” as Simon notes, only “state-approved private schools” are eligible for the voucher program. What does it mean for a private school to be “state approved” in order to receive state-issued money? Simon provides an indication:

Superintendent of Education John White said state officials have at one time or another visited all 120 schools in the voucher program and approved their curricula, including specific texts. He said the state plans more "due diligence" over the summer, including additional site visits to assess capacity.

To date, private schools have not had to give their students state standardized tests. [But] starting next year, any student on a voucher will have to take the tests; each private school must report … aggregate results to the state.

[The bill] requires the superintendent of schools to come up with an "accountability system" by Aug. 1. Once he does, the system cannot be altered except by legislative vote.

State officials will review every private-sector class before approving it. They are still working out how to assess rigor and effectiveness.

Kinda takes the private out of “private school,” doesn’t it?

Such government inroads into private school governance, which are sure to expand over time, undermine the very autonomy that makes private schools private. Further, the immorality of the standard public school model that forces taxpayers to fund the teaching of ideas they may not agree with or want to fund will be compounded, as education tax dollars begin flowing to religious schools.

Proponents of genuine school privatization should oppose any scheme involving government financing of private education. The proper course of action is to stand up for the right of every individual to spend his own money as he sees fit; which means advocating only reforms that move us toward a free market and the complete separation of government and education.

View all articles by Michael A. LaFerrara →
The Morality of Unequal Pay for Unequal WorkClockwork Angels Showcases Rush’s Pride
Return to Top