Laws Against Human Life and the Heroes Who Fight Them 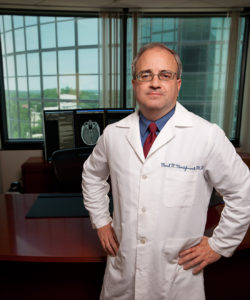 John Graham writes for Forbes about ObamaCare’s “2.3 percent excise tax on medical devices,” a tax he describes as “a savage blow to innovation.” Graham summarizes research finding the tax will cost many thousands of jobs, reduce “research and development by about $2 billion every year,” and result in “about one million life-years lost annually.” Thankfully, as Graham notes, various federal politicians are trying to repeal the tax before it take effect January 1—but why did Congress pass this killer tax in the first place?

Next, writing for Freedom and Individual Rights in Medicine, Paul Hsieh Describes Virginia’s “Certificates of Need” (CON) which force doctors to prove to bureaucrats that they “need” life-saving medical devices such as MRI machines before they can buy them. Hsieh, himself a radiologist, writes, “I've practiced medicine in states without and with such Certificate of Need requirements.

These CONs jack up prices and reduce access for patients, to benefit those providers with enough political ‘pull’ to restrict competition.” Thankfully, the Institute for Justice (IJ) has initiated a challenge to Virginia’s CON program in federal court.

That such laws exist is an atrocity. But at least journalists such as Graham, doctors such as Hsieh, and lawyers such as those at IJ speak out and challenge such laws. Here’s to these heroes championing life and liberty.