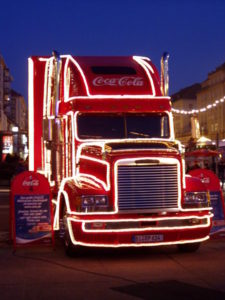 You’ve probably heard of the effort by New York Mayor Michael Bloomberg and his fellow statists to ban large sizes of sugary drinks. As the New York Times reported, “New York City plans to enact a far-reaching ban on the sale of large sodas and other sugary drinks at restaurants, movie theaters and street carts, in the most ambitious effort yet by the Bloomberg administration to combat rising obesity.”

It is obvious that such a ban flagrantly violates the rights of individuals to contract, to spend their money, and to use their property as they see fit. Today’s nanny-statists have become nakedly aggressive, unabashedly wielding the guns of government to force people to do what politicians deem “good for them.”

Thankfully, at least two companies have taken a stand against Bloomberg’s bullying. Coca-Cola Tweeted, “Unlike @MikeBloomberg, @CocaColaCo thinks #NewYorkers can make their own choices about what they drink. #NYC deserves better.” And McDonald’s Tweeted, “.@MikeBloomberg We trust our customers to make the choices that are best for them.”

Would that more companies took a public stand for liberty and against rights-violating, statist policies.

What desperately needs to be banned today is precisely what the American Founders sought to ban via the Constitution: the government’s ability to violate rights.