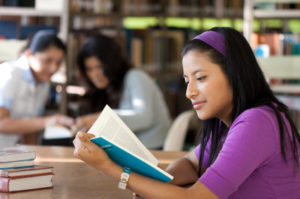 Why is government involved in setting college tuition rates? The Denver Post reports:

Colorado Attorney General John Suthers on Tuesday said state-supported institutions of higher education do not have the authority to create discounted tuition categories for illegal-immigrant students without legislative approval.

The opinion came in response to a query from the Colorado Community College System after Metropolitan State College of Denver's decision earlier this month to create a new tuition rate for such students.

This has led to a predictable debate between “liberals,” who say illegal immigrants shouldn’t have to pay higher out-of-state rates, and “conservatives,” who say government policy should in no way promote illegal immigration.

If government would simply stop forcibly seizing people’s money to subsidize colleges, the political debate over tuition rates would disappear. Individuals would be free to voluntarily contribute to colleges, or not, as they deem best, and colleges would be free to set their own policies without political interference.

Although there are many political complexities surrounding this issue, the fundamental problem is government involvement in education. We who care about higher education and individual rights must demand that the government get out of the education business.

The government’s proper role in all of this is zero role.