The Wasteful Destructiveness of Tax-Funded Education 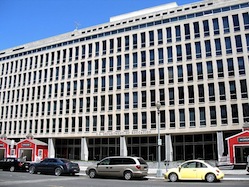 The Library of Economics and Liberty offers an insightful study by Linda Gorman on the history and causes of the declining quality of education in America. The report covers a lot of ground and demonstrates, among other things, the wasteful destructiveness of tax-funded education.

At the K-12 level in America, for example, Gorman found that there is at best no—and at worst a negative—correlation between government spending on education and student performance. During roughly the last four decades of the 20th century, academic achievement took “a dramatic turn for the worse” even though inflation-adjusted per-pupil spending more than tripled during that time.

Looking back to the 19th century, Gorman notes that “When private schooling was the rule in Britain and America, literacy was widespread even though most people attended far fewer years of school.”

But, as government schools crowded out private ones, parents ceded control of their children’s education to teachers and administrators; competition faded; teachers became concerned less with academic issues and more with salaries, working conditions, unionization, collective bargaining, and the like; and school governance became politicized. “The result,” writes Gorman, “was a steady decline in academic rigor featuring, as Diane Ravitch has documented, textbooks filled with banal literature, boring writing, and inaccurate content.”

Gorman notes that student performance is generally better at private schools and among homeschooled children than at government-run schools—despite the fact that private and home schools cost far less per pupil than do government schools, even when homeschool parents’ teaching time is taken into account.

In a system in which bottomless taxpayer subsidies ensure that students pay only a fraction of the costs of their college education and colleges forgo substantial revenues when a student drops out due to failing grades, American colleges and universities have limited incentive to require academic excellence or to constrain spending on amenities attractive to faculty and students.

I’ve touched on just a few highlights here. Gorman’s well-documented paper is an excellent resource for anyone who is tired of the nonsense that the solution to America’s education woes is “investing” more tax money in the system. The facts are unassailable.

Thank you, Ms. Gorman, for making them so conveniently available.

View all articles by Michael A. LaFerrara →
Letter to the Editor
Marine Returns to Beautiful Surprise: Sees Son with Cerebral Palsy Walk for the First TimeCongratulations, SpaceX!
Return to Top