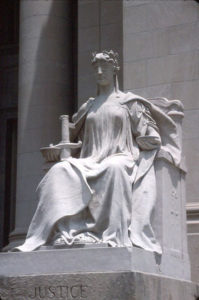 Dharun Ravi, the defendant in the “Hate Crime” case I wrote about in March, has been sentenced to 30 days in county jail, plus probation, community service, and various fines. Many were shocked and disappointed by this “lenient” sentence, including the prosecution, who vowed to appeal. But, as the New Jersey Star-Ledger reported:

In the end . . . the judge said his decision came down to whether Ravi was motivated by hate. And the answer, [Superior Court Judge Glenn] Berman concluded, was no. "I do not believe he hated Tyler Clementi. He had no reason to," the judge said. "But I do believe that he acted out of colossal insensitivity."

In other words, Ravi’s sentence—which could have been 10 years in prison—hinged mostly on what the judge believed Ravi was thinking or feeling rather than on an actual crime. One may reasonably argue about whether Ravi should have received a more severe punishment for his cruel actions against Tyler Clementi. But no one who values freedom can argue about whether an individual should ever face jail or any other kind of punishment by the state for his ideas or feelings—however despicable or “hateful” they may be.

View all articles by Michael A. LaFerrara →
Gaiman: “Live as Only You Can”Teenager Builds Portable X-Ray Machine using Old Suitcases
Return to Top