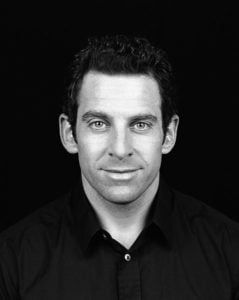 Although Sam Harris is wrong about various important issues (e.g., he denies free will and advocates utilitarianism), he occasionally writes cogently about important matters. For example, he skewers moral relativism and aptly identifies the dangers of Islamic ideology. It is disappointing, then, to see Harris engage in intellectual dishonesty such as this against Ayn Rand:

As someone who has written and spoken at length about how we might develop a truly “objective” morality, I am often told by followers of Rand that their beloved guru accomplished this task long ago. The result was Objectivism—a view that makes a religious fetish of selfishness and disposes of altruism and compassion as character flaws. If nothing else, this approach to ethics was a triumph of marketing, as Objectivism is basically autism rebranded. And Rand’s attempt to make literature out of this awful philosophy produced some commensurately terrible writing. Even in high school, I found that my copies of The Fountainhead and Atlas Shrugged simply would not open.

Harris’s account of Rand’s ideas is patently wrong in practically every detail—which is not surprising given that, by his own admission, he has not actually read her works (not that he had a choice; after all, he lacks free will, and the books “simply would not open”). Those who care to learn what Rand advocated would do well to ignore Harris’s smears, read Rand for themselves, and reach their own conclusions.

I do, however, want briefly to address the ways in which Rand’s views differ from Harris’s fantasies.

Rand did not treat “selfishness” as a fetish; rather, she saw it as a factual, life-serving necessity. She advocated rational self-interest, recognizing that one’s interests entail thinking long range about the requirements of one’s life and happiness, and acting in accordance with principles formed on the basis of such thinking. The principles she recognized as necessary to human life include (among many others) respecting people’s rights, developing loving romantic relationships, and building meaningful friendships.

Rand did not confuse altruism with being friendly or helpful; rather, she saw it as a creed of self-sacrifice, a morality that demands that one sacrifice the values on which one’s life and happiness depend for the alleged benefit of others. Consequently, she rejected altruism because it holds “that man has no right to exist for his own sake.”

Harris’s claims about Rand are, one and all, perfect misrepresentations of her views (not to mention ad hominem).

Ironically, Harris complains when others misrepresent his views without bothering to read them:

What should I say, for instance, when the inimitable Deepak Chopra produces a long, poisonous, and blundering review of The Moral Landscape in The San Francisco Chronicle while demonstrating in every line that he has not read it?

Perhaps Chopra’s copy of The Moral Landscape “simply would not open.”