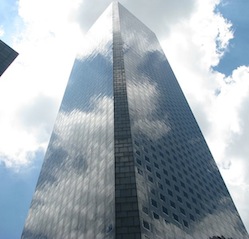 JPMorgan Chase CEO Jamie Dimon announced last week that the bank had lost over $2 billion as a result of some bad investment decisions. Following the announcement, Dimon hit the airwaves apologizing for what he called “sloppy” and “stupid” behavior on the part of his company, and he told the company’s customers and shareholders, “we will fix it and move on.”

Like clockwork, pundits and politicians seized on this instance of a private company losing money based on its own decisions and claimed it as evidence that further regulation of the financial services industry is needed. White House Press Secretary Jay Carney said, “It's amazing given the events that we've seen in the last few days, that there are still those who are out there arguing that we should repeal Wall Street reform, that we should let Wall Street write its own rules again.”

Although many are spinning this event as proof that the government should increase regulations on the financial industry, the event is actually proof of the opposite. JPMorgan’s big loss—and those affected by it—highlight how capitalism ensures that only those invested in a given company suffer the consequences of that company’s mistakes.

Dimon disclosed this $2 billion loss as soon as regulators permitted (he would have been criminally liable had he disclosed it any sooner). He apologized to customers and shareholders and committed to fixing the problem quickly. And he did not try to dump the problem or the loss on anyone else.

So where is the problem that the government must fix? It does not exist.

Some have argued that the government must bolster regulations to guard against such losses in the future. Part of the rationale behind this argument is that, given the government’s commitment to “save” firms that are supposedly “too big to fail,” taxpayers are liable for such losses.

Taxpayer bailouts of private companies are a problem, but the solution here is to let failing businesses fail. Yes, people invested in those businesses will suffer losses. That is a risk they voluntarily embraced when they chose to invest in or do business with the company. They have no right to foist their losses onto taxpayers, just as taxpayers have no right to expect private investors to hand them profits when the company succeeds.

And “saving” businesses from the consequences of their decisions not only costs taxpayers money; it also distorts the incentives and disincentives inherent in a free market and leads to worse decision-making and greater losses in the future.

Losses and failures are important parts of capitalism. Just as the free market rewards good decisions with success, so too it punishes bad decisions with failure. When the government tries to regulate failure out of existence, it effectively removes negative consequences from companies’ consideration. As a result, companies have less incentive to make sound decisions, and more incentive to take unwarranted risk. Companies’ and shareholders’ rights to produce and keep wealth is one side of the relevant coin; the other side is their corresponding responsibility to shoulder their own losses.

This big loss on the part of JPMorgan, far from exposing a need for regulation, is a perfect example of how the market deals equitably with losses when and to the extent that the government stays out of the way.

JPMorgan miscalculated its risks; it is now paying the penalty in terms of losses to both its balance sheet and its reputation. Most importantly, only JPMorgan (including its investors) are suffering the negative consequences.

This is as it should be. This is how a free market works.