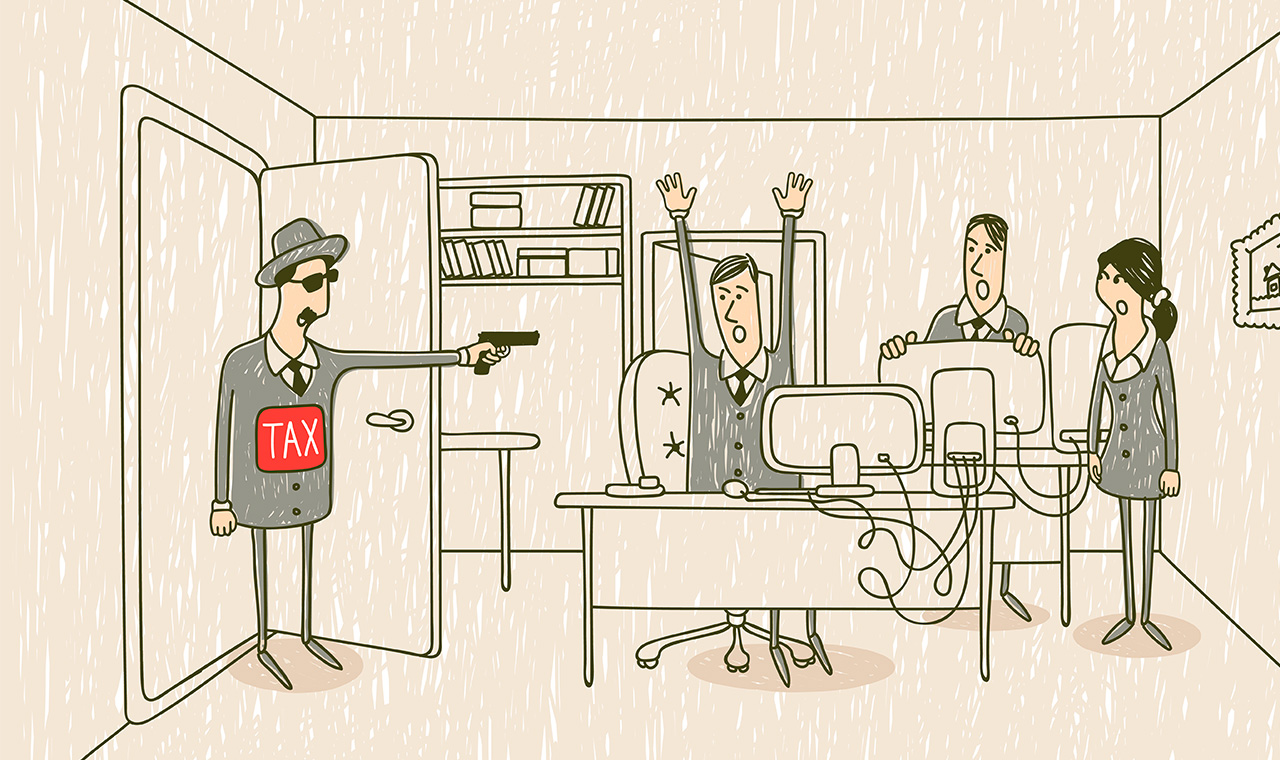 How Would Government Be Funded in a Free Society?

Advocates of a fully free, laissez-faire society are likely familiar with the following scenario. You provide a clear, well-concretized explanation of what capitalism is and why it is moral, only to be met with a question that seemingly wipes out everything you just said: “But if physical force were legally forbidden, taxation would be out; so how would a rights-protecting government be financed?” The implication being: A truly free society might sound great in theory, but it’s impossible in practice.

In addressing this question, it is important to emphasize that the elimination of taxation is not the first but the last step on the road to a fully rights-respecting society.1 The first steps are to educate people about the moral propriety of freedom, to cut government spending on illegitimate programs, and to begin the process of limiting government to the protection of rights. But, here as everywhere, the moral is the practical, and we who advocate a rights-respecting society would do well to understand—and to be able to articulate—how the government in such a society would be funded.

Let’s begin by summarizing the nature of government, the reason we need it, and its legitimate functions and elements. Then we’ll turn to the question of how to fund it.

The Nature, Need, and Proper Functions of Government

A government is an institution with a monopoly on the use of physical force in a given geographic area. The government can legally use force, and no one else can—unless the government permits it. A government makes laws, enforces its laws, and punishes those who break its laws. This is true of all governments, proper and improper.

A proper government is one that protects rights by banning physical force from social relationships, and by using force only in retaliation and only against those who initiate its use.2 A proper government outlaws murder, rape, assault, fraud, extortion, and the like; prosecutes those it has reason to believe have committed crimes; punishes those found guilty of committing crimes; protects citizens from foreign aggressors; and settles rights-oriented disputes among citizens. . . .

3The following is not a full argument for why we need a government, but rather a brief summary for our present purpose. For fleshed-out arguments on the nature and need of government, see Ayn Rand’s essay “The Nature of Government,” in The Virtue of Selfishness; and my book Loving Life: The Morality of Self-Interest and the Facts that Support It (Richmond: Glen Allen Press, 2002), especially chapter 7, “A Civilized Society: The Necessary Conditions.”

4See Ayn Rand, “The Nature of Government,” in The Virtue of Selfishness, p. 131.

5In her essay “Government Financing in a Free Society,” Ayn Rand suggested two possible means by which a government could be funded: (1) The government could hold a lottery, and (2) the government could charge a fee to insure contracts. These approaches would generate revenue, but the first would entail government involvement in the economy, which is not ideal; and the second would leave those who chose not to insure their contracts through the government no recourse in the event of a contract dispute—which would lead to violence and feuds. Importantly, Rand stressed that these ideas were mere possibilities, not definitive answers to the question at hand.

6Ayn Rand, “The Objectivist Ethics,” in The Virtue of Selfishness, p. 16.

Anarchists and others who oppose a rights-protecting government would not have to support it. Nor could the government force them to act against their will—as long as their will did not involve initiating force against anyone. If they did initiate force against people or businesses or the government (or if they threatened to do so or appeared to have done so), then they could not rationally claim a right to be free from retaliatory force by the government. The right of self-defense is a corollary of the right to life, and individuals have a right to delegate their right of self-defense to a government. If someone claims a “right” to freedom from retaliatory force, the government is morally justified in ignoring the claim.

As to claims made by some that they have a “right” to establish competing governments, no, they don’t—at least not insofar as the existing government is an essentially rights-protecting one. A form of the principle of “coming to the nuisance” applies here—but, rather than coming to a nuisance, one is coming to a blessing. Call it “coming to the rights-protecting government.” If a rights-protecting government already exists and governs a certain geographic area, then no one has a right to start a new government in that area, because the existing legitimate government was there first. If a government is or becomes an essentially rights-violating government, then revolution may be in order. As Thomas Jefferson put it in the Declaration of Independence: “Governments long established should not be changed for light and transient causes; and accordingly all experience hath shewn that mankind are more disposed to suffer, while evils are sufferable, than to right themselves by abolishing the forms to which they are accustomed. But when a long train of abuses and usurpations, pursuing invariably the same Object evinces a design to reduce them under absolute Despotism, it is their right, it is their duty, to throw off such Government, and to provide new Guards for their future security.”

8GSRs could be paper or electronic.