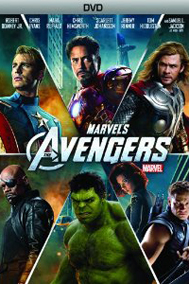 After six separate film adventures, the main players of the Marvel Comics universe have assembled in The Avengers, with the eponymous team of heroes battling the evil Norse god Loki.

Loki’s plan is twofold: snatch a device of unlimited power; and, then, with the help of interstellar bad guys, free mankind from the “burden” of freedom by forcing the world to kneel before him and accept him as king.

After Loki achieves the first half of the plan, S.H.I.E.L.D. Director Nick Fury (Samuel L. Jackson), in an effort to stop him from achieving the second, assembles the Avengers: Iron Man (Robert Downey Jr.), Captain America (Chris Evans), the Hulk (Mark Ruffalo), Black Widow (Scarlett Johansson), and Hawk (Jeremy Renner). The final member of the team, Thor, shows up later on his own.

Under Joss Whedon’s capable guidance as both writer and director, The Avengers is a rip-roaring adventure story that lives up to the hype that comes with a $200-million-plus budget and enough star power to fuel a half dozen films. . . .

View all articles by C. A. Wolski →
Letter to the Editor
Painter Bryan Larsen on His Artwork and IdeasReview: Act of Valor
Return to Top