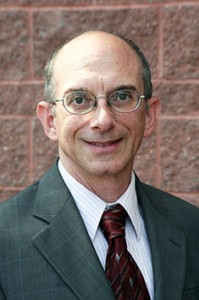 Who is this new progressive? A student of Paul Krugman? Chief economist for Media Matters or the Service Employees International Union? A writer for The New Republic or Mother Jones? No. Kling is an adjunct scholar with the libertarian Cato Institute, where his bio is tagged with the phrase “free markets.”

Kling is also an affiliated senior scholar at the Mercatus Center, “the world’s premier university source for market-oriented ideas.” Mercatus republished Kling’s piece on breaking up the banks following its release in the conservative National Review. Kling’s piece on “principles-based regulation” was published by the American Enterprise Institute, an organization claiming a commitment “to expanding liberty, increasing individual opportunity and strengthening free enterprise.”

Kling’s policy recommendations are about as far from “free enterprise” as one can get. Take a closer look at his so-called “principles-based regulations.”

Kling opposes “specific rules that spell out the boundaries between what is approved and what is forbidden,” such as “requiring credit card issuers to give 45 days notice prior to a rate increase.” He argues that under such regulations “bankers are always able to outmaneuver the regulators, staying within the letter of the rules while mocking their spirit.”

Although it is true that “specific” regulations dictating what businesses must do create myriad problems, Kling does not advocate dumping such regulations in favor of establishing a free market. Rather, he calls for enacting “broad” regulations, giving bureaucrats virtually unlimited power to monitor and control businesses.

Bearing in mind that violations of regulations result in fines or prison sentences, consider the kind of broad regulation that Kling regards as proper in the realm of “consumer protection”:

The proper name for the establishment and enforcement of such “principles” is not “principles-based regulation”; rather, it is fascism, the social system in which government pretends that property and businesses are private while dictating how they must be used or run. That Kling’s proposals come under the banner of “free enterprise” does not change their nature.

The grain of truth in Kling’s claims is that government should operate by principles. The central principle of a proper government is that of individual rights. A legitimate government protects rights, by banning force and fraud, and thus protects free enterprise and economic liberty. Kling’s “principles-based regulations,” however, exemplify the fascist principle that government bureaucrats should dictate how business owners will and will not run their allegedly private businesses. In Kling’s view, businesses should not be free to offer what they think consumers might find of value; rather, they must offer what a bureaucrat “thinks” consumers will find of value. Likewise, consumers are not to be left to decide for themselves whether they are “deriving some benefit from” the goods or services they purchase; rather, a bureaucrat is to decide for them.

A further consequence of Kling’s “broad” regulations is that they constitute an open invitation to politicians and bureaucrats to show leniency toward their friends and to punish those who fall outside their favor. Those most adept at sucking up to politicians and bureaucrats, hiring the right lobbyists, making the right friends, and throwing the best parties will find themselves in “compliance” with the “broad” regulations. Those less connected—and especially those who openly oppose this system of fascism—will find themselves in trouble.

We don’t need Kling’s fancy new jargon for a system that already has a perfectly accurate name. Fascism is fascism; if you advocate it, just say so.

Image of Arnold Kling from the Cato Institute

View all posts by Ari Armstrong →
Heroic Scientists Achieve Major Advancement in Battle Against CancerFor Genuine Economic Recovery, Ask “What Would Mises Do?”
Return to Top