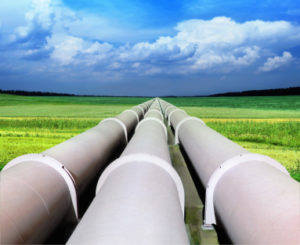 How many executive agencies does it take to “regulate” hydraulic fracturing, the revolutionary process of harvesting natural gas (as well as oil) largely responsible for saving America’s economy?

According to Barack Obama’s new executive order, it takes fourteen—plus a potentially unlimited number of “such other agencies or offices as the Chair [of a new Working Group] may invite to participate.” The chair of the new group is the Director of the Domestic Policy Council (or a “designated representative”). Other agencies named include, ludicrously, the Department of Defense, the Department of Agriculture, and the Department of Homeland Security.

Government does have a legitimate function in regard to hydraulic fracturing, the same function it properly has with respect to all economic activity: to protect property rights and uphold contracts in accordance with objective (i.e., rights-protecting) laws.

But Obama’s new “Working Group” has a rather different mission:

While natural gas production is carried out by private firms, and States are the primary regulators of onshore oil and gas activities, the Federal Government has an important role to play by regulating oil and gas activities on public and Indian trust lands, encouraging greater use of natural gas in transportation, supporting research and development aimed at improving the safety of natural gas development and transportation activities, and setting sensible, cost-effective public health and environmental standards to implement Federal law and augment State safeguards.

No, it is not the proper role of the federal government to regulate business activities on “public” lands, or to encourage greater use of a particular fuel, or to support research in a particular field. Rather, the government’s proper role is to ban force and fraud from social relationships—whether on private or “public” property. And because the existence of “public” land necessarily violates the rights of those who are forced to pay for its use or maintenance, the government should convert all such land to private property.

As for “setting sensible, cost-effective public health and environmental standards,” with at least fourteen agencies controlling the industry, what could go wrong? Bureaucrats have long proven their expertise in determining what is “sensible” and “cost-effective” and “healthy”; just look at the infamous USDA food pyramid, or government-run schools, or the banning of DDT, or any of the countless other disastrous involvements of the government in the economy.

The only way the government can help establish sensible, cost-effective, healthy standards is by taking its coercive hands off the marketplace and limiting itself to the protection of individual rights, including property rights. Insofar as the government strays from this one and only proper function, as Obama’s new executive order demands, the resulting initiatory force used against businesses and consumers will violate rights and throttle markets.

View all articles by Ari Armstrong →
Letter to the Editor
Hey, Dick Durbin, Limit ThisObamaCare and the Statists’ False Alternative
Return to Top