Texas chemical maker Celanese has developed a technology to make ethanol from natural gas and coal, both plentiful in America, and is building plants in Texas and China to manufacture it. “If it works,” notes Forbes columnist Christopher Helman, it “will revolutionize the fuel industry.”

The problem isn’t science. It’s Washington. Thanks to the 2007 Renewable Fuel Standard [RFS] law, gasoline refiners are mandated to blend so much plant-based or renewable ethanol into the gas supply that it prevents Celanese or any other fossil-fuel-based ethanols from even competing for the market.

Among the RFS mandated “renewables” is ethanol made from wood chips, stalks, and switchgrass, which President Bush in 2006  assured us would be “practical and competitive within six years.” Alas, six years and $1.5 billion in federal subsidies later, Helman notes, most of the companies that make the stuff have, like Solyndra, gone bankrupt, taking taxpayer dollars down the drain with them. 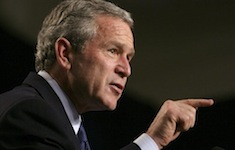 Yet the U.S. government forbids Celanese even to compete in the U.S. ethanol market for gasoline.

Representative Pete Olson (R, Texas) hopes to change that, notes Helman, and has introduced legislation to amend RFS to permit U.S. companies to market natural gas-derived fuels. Although he “would prefer not to have the RFS at all,” Olson considers his bill “a step in the right direction,” according to his spokesman.

But as a Congressman, Olson’s job is not to patch rights-violating laws with partial reprieves. Rather, his responsibility, and that of all Representatives, is to advocate laws that protect individual rights and to repeal those that don’t.

Instead of taking a pragmatic approach, Olson and his fellow Representatives should take a principled stand and fight for the outright repeal of the RFS law on the grounds that the only proper purpose of government is to protect individuals’ and, by extension, companies’ inalienable rights—including their rights to market their products as and where they see fit.