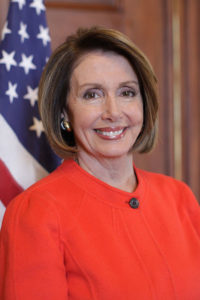 I will never forget a lesson I learned years ago interning in Washington, DC as a young, naive student. One of my jobs was to evaluate the transportation budget. I was shocked to discover that the Senators on the committee managed to add a variety of spending projects for their states. Moreover, each Senator’s state got around the same amount of extra appropriations—except the state of the committee’s chair got more. No doubt this sort of creative funding paid off in campaign contributions from the beneficiaries of the expenditures.

Nobody else seemed disgusted or even surprised by this; it was just “business” as usual in the nation’s capitol.

The only thing that has changed since then is that Congress spends even more of our money, and members of Congress seek payoffs in more sophisticated ways. In a new article for Real Clear Markets, Paul Hsieh details the sickening situation of legislators seeking funding in return for favors. He writes:

According to NPR and the Sunlight Foundation, a member of the House Ways And Means Committee (which has jurisdiction over the US tax code) raises an extra $250,000 a year compared to the average Congressman. Members of the Financial Services Committee (which regulates banks) raise an extra $180,000. A seat on the Energy and Commerce Committee (which oversees the oil and gas industry) is worth $140,000.

In contrast, some committee memberships are detrimental to fundraising. Members of the Judiciary Committee raised $182,000 less than the average Congressman. These facts are well known to the leadership of both political parties, who rank congressional committees as A, B, or C, based on their fundraising potential.

Legislators' fundraising abilities reflect the power they wield over the economy. Economic interest groups have a powerful incentive to support legislators willing to pass laws that can help their bottom line. [Links added.]

While many on the left look to superficial “solutions” ranging from censorship of political speech, to controls on political activity, to tax-funded campaigns, the fundamental problem is that Congress has far overstepped its Constitutional boundaries and seized control of vast swaths of the economy. So long as that remains the case, the “pull peddlers” (as Ayn Rand called them) will continue to find ways to buy influence.

Rand’s 1962 essay “The Pull Peddlers” (republished in The Voice of Reason) is as relevant today as the day she wrote it. Referring to a “mixed economy,” that is, partial freedom and partial controls, Rand wrote:

“Lobbying” is the activity of attempting to influence legislation by privately influencing the legislators. It is the result and creation of a “mixed economy”—of government by pressure groups. Its methods range from mere social courtesies and cocktail-party or luncheon “friendships” to favors, threats, bribes, blackmail.

If we wish to put an end to the pull peddlers, there is only one real solution. As Hsieh notes, “to get the money out of politics, we must get politicians out of money—i.e., out of economic regulation.”

View all articles by Ari Armstrong →
Soviet Mass Murder for Fun and Games?Hey, Dick Durbin, Limit This
Return to Top