FEE Video with Scott Beaulier on Economic Freedom in Africa 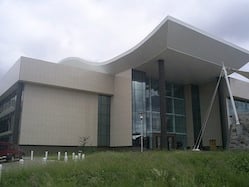 An informative video from the Foundation for Economic Education features Scott Beaulier discussing economic freedom in Africa. Beaulier focuses on two countries, Botswana and Zimbabwe. “Botswana since 1965 has been one of the most rapidly growing countries in the world averaging more than 7 percent growth per year,” and the standard of living for “all income groups has gotten better over time.” Zimbabwe, on the other hand, has seen its people “become poorer over time,” with Zimbabweans now using the hyper-inflated currency as fuel for fire.

Beaulier asks, “Why did one country do so well? Why did the other do so poorly?” And he answers that it “has a lot to do with economic freedom.” Botswana, he explains, embraced freer markets, lower taxes, private property, open immigration. “Zimbabwe, by contrast, focused on trying to control its people.”

[F]or people studying economic development, and other countries looking to develop, the extreme experiences that we observe in Botswana and Zimbabwe serve as a very useful reminder and a kind of a controlled experiment of what can happen in one case where you pursue free markets, in another case where you pursue another path. Free markets lead to prosperity—tremendous prosperity in fact—the other path led to misery.

Beaulier’s economic point is important and worth highlighting. But it is also important to recognize that economic data alone is insufficient to change minds in any lasting way about the propriety of freedom. Observe that in the light of multiple examples of the productive superiority of freer markets—from the United States vs. the Soviet Union, to West Germany vs. East Germany, to North Korea vs. South Korea, to China during the height of communism vs. China after embracing some free-market reforms, to Poland during its years under communism vs. Poland today—people are still not demanding genuine freedom as a matter of principle.

In fact, while witnessing all of these practically “controlled experiments,” America dramatically increased regulations and state controls over the means of production. Why? Because the moral principles people accept ultimately trump the economic observations they make. While economic data is important, it is of little use in defense of freedom unless it is integrated with the philosophic principle that people have a moral right to life, liberty, and the pursuit of happiness.

That said, enjoy Beaulier’s video below, which concisely documents yet another instance of the practicality of freedom.

View all articles by Joshua Lipana →
Letter to the Editor
ObamaCare and the Statists’ False AlternativeWeek in Review for April 21, 2012
Return to Top