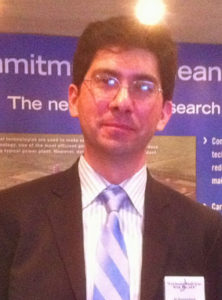 Al Armendariz, a regional administrator of the EPA, described his “philosophy of enforcement” as follows:

It was kind of like how the Romans used to conquer little villages in the Mediterranean. They’d go into a little Turkish town somewhere, they’d find the first five guys they saw, and they would crucify them. And then you know that town was really easy to manage for the next few years.

Once these comments came to light, of course, Armendariz “apologized”: “It was an offensive and inaccurate way to portray our efforts to address potential violations of our nation's environmental laws.”

This so-called apology, however, is worse than meaningless. As Senator James Inhofe points out, such an “apology” actually restates the message and reemphasizes the intimidation and threats.

Intimidation is an inherent tactic of the EPA, which wields vast control over American industry, with some 17,000 employees and an annual budget of $9 billion. The agency itself admits that enforcing its own regulations will become “absurd or impossible” over the coming years without a massive influx of new tax-funded employees. Of the 50 Titles of the Code of Federal Regulations, the 40th concerns “Protection of Environment.” That title is itself broken into 33 volumes covering 1700 parts; the first volume alone fills 924 pages. These byzantine “regulations” cannot be comprehended, much less obeyed.

Upon hearing Armendariz’s comments, I immediately thought of the words of Floyd Ferris, one of the villains of Ayn Rand’s Atlas Shrugged:

We're after power and we mean it. . . . [W]e know the real trick, and you'd better get wise to it. There's no way to rule innocent men. The only power any government has is the power to crack down on criminals. Well, when there aren't enough criminals, one makes them. One declares so many things to be a crime that it becomes impossible for men to live without breaking laws. Who wants a nation of law-abiding citizens? What's there in that for anyone? But just pass the kind of laws that can neither be observed nor enforced nor objectively interpreted—and you create a nation of law-breakers—and then you cash in on guilt.

Of course, it never occurred even to Ferris to compare his tactics to the practice of nailing one’s victims to trees so that they would die agonizing deaths in public view. Had Rand attributed such viciousness to her most evil villains, her critics would have screamed “utterly ridiculous hyperbole!”

And they would have been wrong.

View all articles by Ari Armstrong →
Save 20% on Gift SubscriptionsRepeal, Don’t Amend, the “Renewable Fuel Standard” Law
Return to Top