AmeriCorps: Collectivist, Immoral, and Should be Eliminated 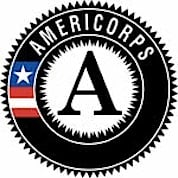 The New York Times is calling for the government to “step up” its support for AmeriCorps, while reprimanding Republicans who want to reduce or eliminate funding for it, castigating them for forgetting “the value of community service.”

AmeriCorps’ activities, which consist primarily in working with other non-profit organizations to “build low-cost housing,” “manage or operate after school programs,” “improve health services,” “clean up community parks,” and the like, come at the expense of hard-working taxpayers whose hard-earned money is seized by the government and redistributed to such projects. This is wrong.

Americans work long, hard days to earn their money so that they can improve their lives. Perhaps they’d like to use their money to start their own business, or send their child to a private school, or enjoy dinner and a show with a loved one. Whatever they’d like to spend their money on, they can’t—at least not the portion forcibly taken and handed to the allegedly “noble” AmeriCorps squad—thus many Americans must postpone or even abandon such goals.

What “justification” is offered in defense of this assault? We’re told that programs such as AmeriCorps are “for the greater good.” This is collectivism—the policy of sacrificing individuals or their goals or their property to the collective—and it is immoral. As Craig Biddle writes,

The collectivist notion of morality is patently evil and demonstrably false. The good of the community logically cannot take priority over that of the individual because the only reason moral concepts such as “good” and “should” are necessary in the first place is that individuals exist and need principled guidance in order to sustain and further their lives. Any attempt to turn the purpose of morality against the individual—the fundamental unit of human reality and thus of moral concern—is not merely a moral crime; it is an attempt to annihilate morality as such.

To be sure, societies—consisting as they do of individuals—need moral principles, too, but only for the purpose of enabling individuals to act in ways necessary to sustain and further their own lives. Thus, the one moral principle that a society must embrace if it is to be a civilized society is the principle of individual rights: the recognition of the fact that each individual is morally an end in himself and has a moral prerogative to act on his judgment for his own sake, free from coercion by others. On this principle, each individual has a right to think and act as he sees fit; he has a right to produce and trade the products of his efforts voluntarily, by mutual consent to mutual benefit; he has a right to disregard complaints that he is not serving some so-called “greater good”—and no one, including groups and governments, has a moral right to force him to act against his judgment. Ever.

Americans should demand that programs such as AmeriCorps be defunded and abolished, and they should do so on the moral grounds that the sole legitimate purpose of government is the protection of individual rights—which includes the right to pursue one’s own happiness in accordance with one’s own judgment, the right to keep and use the product of one's effort, and, of course, the right to donate to charities if one so chooses.