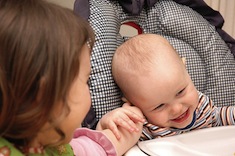 Mandatory DNA Testing for Newborns and Parents would Violate their Rights

At the behest of “fathers’ rights advocates,” New Jersey Assemblyman Gilbert Wilson (D) has “proposed a measure . . . that would require all newborns—and their parents—to undergo genetic testing to create a record should questions arise about whom the father or mother is.”

The bill is needless, intrusive, expensive and highly insulting. Plus ridiculous. . . .

But most women are not that woman—nor should they be treated by either their doctor or their government as if they were. . . .

[O]rdering DNA testing for everyone is like saying that since some people rob banks, every bank customer should be subjected to fingerprinting.

Wilson’s bill “would allow men who turn out not be a child’s father to seek reimbursement for support or other expenses they have incurred raising the child.” As family law attorney Tom Snyder points out, however, “there is already case law allowing men who unwittingly raise someone else’s child to seek redress, but it’s ‘not clearly defined under a single statue.’”

Perhaps the New Jersey legislature needs to clearly define the law regarding the application of court-ordered DNA testing in actual parental disputes. And perhaps the legislature needs to establish, or the courts need to better apply, laws against paternity fraud. But Wilson’s bill, if passed into law, would violate the rights of mother, father, and baby by mandating DNA tests in cases where no one has sought court mediation and where no evidence exists that anyone has attempted to dupe anyone. Add to this the fact that Wilson’s bill would tag every new mother as “guilty until proven innocent,” and you have a recipe for massive rights violations.

As O’Brien said, “The bill is needless, intrusive, expensive  . . . Plus ridiculous.” Indeed it is.

View all articles by Michael A. LaFerrara →
From Morning Brew to Space Exploration, Good News Is All AroundInterview with Ann McElhinney on Fracking, James Cameron, and Cold Beer
Return to Top