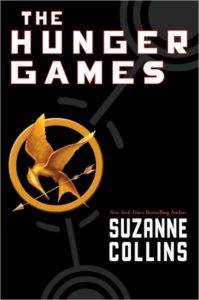 In The Hunger Games, tyrannical rulers of a future dystopia force children to fight to the death in an annual tournament as a means to suppress and control the population.

Given the story’s gruesome subject matter, what explains the popularity of Suzanne Collins’s book and the new film based on it? In spite of the brutality of the ruling regime, the main characters strive to maintain some semblance of a human existence and stoke a righteous anger against those perpetrating the horrible injustices.

This defiant attitude is perhaps best expressed by Peeta Mellark, one of the children forced to participate in the bloody spectacle. He tells Katniss Everdeen, another participant from Peeta’s district, “[W]hen the time comes, I’m sure I’ll kill just like everybody else. I can’t go down without a fight. Only I keep wishing I could think of a way to . . . to show the Capitol they don’t own me. That I’m more than just a piece in their Games.”

Katniss stages her own quiet rebellion in forming a vital friendship with Rue, another participant in the tournament, and later publicly paying tribute to Rue. It is an intensely moving scene in both the book and the film.

Although Collins’s story offers admirable and courageous central characters, it does not offer a convincing explanation for how the oppressive regime arose or remains in power. Collins shows that the dictatorial government tyrannizes the various districts, forcing most people to work for the benefit of a wealthy and technologically advanced ruling city; and she shows how the tyrants manipulate the population through brutal “reality television” style broadcasts of the yearly carnage. But she does not show how the oppressive regime seized power in the first place, or how it maintains power even though most people despise the authorities, or why the populace has for more than seventy years offered up their children for ritualistic slaughter rather than rebel en masse.

Although Collins’s novel does not offer the philosophic depth of certain other dystopian works (including, most notably, Ayn Rand’s Anthem), it does skillfully portray believable and heroic characters trying to live and defy their oppressors. For that reason, The Hunger Games is a worthy addition to the corpus of dystopian works.

View all articles by Ari Armstrong →
Is Ayn Rand’s Theory of Rights Properly Classified as a “Natural Rights” Theory?Verizon has Moral Rights, "Excessive Concentration" and "Public Interest" be Damned
Return to Top