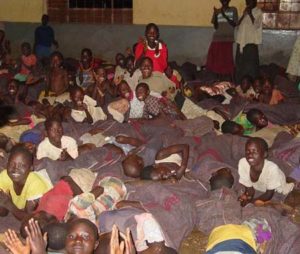 In less than a week the “Kony 2012” video produced by the California charity Invisible Children racked up over 60 million YouTube views. While the video reminds us what a brutal hellhole much of Africa remains, it attacks the wrong problem and offers the wrong solution.

No doubt the subject of the video, Ugandan Joseph Kony, is a horrifically evil man, a mass murderer who, among other things, has abducted thousands of children for his “Lord’s Resistance Army” (LRA). The video aims to make Kony a recognized and reviled figure throughout the United States and the world so that U.S. policy makers will dedicate “advisory” troops to his capture. But this strategy will do nothing to fundamentally improve conditions in Uganda.

As evil as Kony is, he is hardly the biggest threat to the region. As Fox News reports, “Kony's whereabouts are unknown, but he is not believed to be leading the militant and genocidal Lord's Resistance Army anymore.” Moreover, even under Kony the LRA never was the sole disruptor of the nation’s peace; the CIA summarizes, “Uganda is subject to armed fighting among hostile ethnic groups, rebels, armed gangs, [and] militias.” While Kony richly deserves to hang for his atrocities, his elimination will not solve Uganda’s problems.

Uganda and other regions of Africa suffer from pervasive ethnic warfare, political mayhem, and constant violence against people and their property. Fundamentally, Uganda does not need U.S. troops, or “economic initiatives,” or American charity, or viral videos. What Uganda and other troubled regions of Africa need is what only the people who live there can establish: a culture that respects the rights of individuals to live their lives in accordance with their own judgment and to produce and trade voluntarily—a culture that embraces and upholds the rule of just law and limited government.

If Americans want to help people in Uganda and other African nations move in the direction of establishing rights-respecting republics, we should strive to fully and consistently implement the principle of individual rights at home. Nothing leads better than example.