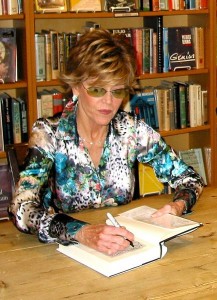 Although I may disagree with what Rush Limbaugh says, I will defend to the death his right to say it. That sentiment, inspired by Voltaire, is the proper attitude to take with respect to anyone with whom one disagrees.

But in an article recently published by CNN, Jane Fonda, Robin Morgan, and Gloria Steinem—cofounders of the Women’s Media Center—instead advocate outright censorship. They claim that Limbaugh sometimes resorts to “degrading language” and “hate speech” (as if nobody on the left ever did that), and therefore his radio program should be forcibly shut down by the government.

Attorney Eugene Volokh points out that the Supreme Court does recognize First Amendment protections on the radio; “the government may not suppress speech based on its viewpoint, even if the speech is seen as using ‘government resource[s],’” he writes.

But the fundamental issue goes deeper than Supreme Court rulings. This case illustrates the danger of the federal government abnegating its moral and constitutional responsibility to recognize and protect property rights in radio frequencies. Instead of upholding property rights in this sphere, the government controls the radio waves, and the bureaucrats of the FCC serve as censors, granting and revoking permissions as they choose. As a consequence, radio broadcasts—properly a matter of free association between station owners, hosts, advertisers, and listeners—become targets of political pressure.

Fonda and company’s explicit goal is to pressure the FCC to use its licensing authority to force Clear Channel Communications to take Limbaugh off the air. Such efforts are to be expected from leftists. What makes this particular assault possible, however, is that the government has its hands on the radio waves. Advocates of liberty must condemn these government controls and call for the recognition and protection of private property rights in radio.

View all articles by Ari Armstrong →
Anticapitalist Lorax Succeeds . . . Thanks to CapitalismThe U.S. Should Rescue Gross and End the Castro Regime
Return to Top