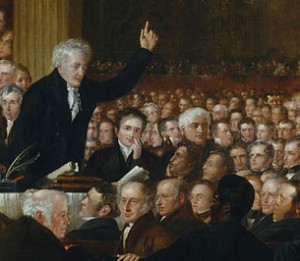 To Americans, it is almost unimaginable that a country still exists where hundreds of thousands of people are slaves. Yet in the impoverished western African nation of Mauritania, slavery is widespread, CNN reports in an extraordinary set of articles.

Americans rightly express outrage over such injustice. Slavery—aka involuntary servitude—violates the rights of the enslaved person to act on his own judgment, keep the fruits of his labor, and trade freely with others. It is among the vilest of institutions to blot human history.

But Americans often forget that involuntary servitude exists in degrees, and it remains evil to the extent it exists. Would we be satisfied if Mauritanian slave holders allowed their slaves to work for themselves one day a week, or two, or four? No, we demand total emancipation. Yet the average American is forced to work more than one day in four for the government, with the fruits of his labor forcibly seized and handed to others.

CNN reports that one former Mauritanian slave holder was inspired by the ideals of the Declaration of Independence (via the writings of Thomas Jefferson’s friend Lafayette) to co-found an abolitionist group. Americans too should return to the ideals of the Declaration and seek to fully and consistently implement them by calling for the abolition of involuntary servitude in all forms and degrees.