What's So Super About the Super Bowl? 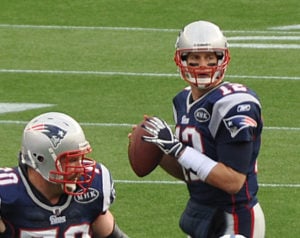 When more than 100 million Americans tune in to watch the game, advertisers pay up to $4 million for 30-second commercial spots, and a nation consumes food on a scale rivaling Thanksgiving, Super Bowl Sunday can safely be declared a de facto national holiday. As Evan Weiner, a sports writer for the New York Sun, put it: “The Fourth of July is America’s birthday party, but Super Bowl Sunday has become America’s biggest party.”

What explains the popularity of a game that annually ranks among the most-watched single-day events? Certainly, the gambling, the glitzy commercials, and social events play a part in attracting a wider audience. But something more fundamental is at play: the nature of football itself.

Football is a uniquely intense and dangerous game that demands equal parts physical and mental effort. Its athletes study, memorize, and practice extensively choreographed plays that they must execute with pinpoint precision—and maximum exertion—all while risking serious injury.

Moreover, since NFL teams play just 16 regular-season games, compared with 162 in baseball and 82 in basketball and hockey, each play from scrimmage holds considerably more weight. Add to this football’s single-game, win-or-go-home elimination playoff system, which, unlike those of comparable sports (e.g., the World Series, the NBA Finals, the Stanley Cup) leaves no room for error, and you begin to see telling differences.

True, some Super Bowls have been so lopsided that by halftime they were no longer worth watching. Yet despite its relatively short history, the Super Bowl has produced some stellar contests and many dramatic, critical plays that have attained folklore status.

Fans will never forget Denver Broncos quarterback John Elway’s dive into a gang of Green Bay Packers, who spun him like a helicopter prop, to sustain what became a tie-breaking drive in Super Bowl XXXII. Also etched forever in the minds of fans is the image of St. Louis Rams linebacker Mike Jones tackling Tennessee Titans wide receiver Kevin Dyson to stop him one yard short of tying the game on the final play of Super Bowl XXXIV. And then there was New England Patriots kicker Adam Vinatieri’s last second, game-winning field goal against the Rams in Super Bowl XXXVI.

Super Bowl XLVI, between the New York Giants and New England Patriots on Sunday, has no shortage of pre-game elements of intrigue. Chief among them is that the contest is a rematch of the Super Bowl four years ago, in which the upstart Giants, a 14-point underdog, derailed and defeated the Patriots, who otherwise were headed to immortality as the second undefeated team in NFL history.

On Sunday, restaurants, bars, and pizza-delivery chains across the nation will rake in big bucks thanks to the mass appeal of the big game. That appeal is rooted in the immense value fans derive from watching superlatively honed athletes who demonstrate exceptional determination and ability in a seriously dangerous contest with near equals.

Is it any wonder the Super Bowl has reached the status of a national holiday?