The Government Should Extend Freedom, not HARP 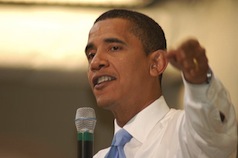 President Obama recently announced an expansion of the Federal Government’s Home Affordable Refinance Program (HARP). This new initiative seeks to help homeowners who can not refinance their mortgages at today’s low rates because their homes’ values have dropped below their mortgage balances. Obama, who places the blame for the crisis squarely on lenders and banks, says this initiative helps "more than 10 million homeowners in this country who, because of a decline in home prices that is no fault of their own, owe more on their mortgages than their homes are worth."

We can certainly sympathize with the responsible homeowners who continued to pay their mortgages throughout the collapse, and are now unable to take advantage of lower rates. But the government has no right to “sympathize” with these homeowners through subsidized mortgages at other people’s expense (including those who have never bought a home). Just as those homeowners would have benefited from a rise in their home values, so they must accept the consequences of a drop.

Once again, President Obama (like so many statists before him) is attempting to set the government up as the savior of its own victims, and he should not be allowed to get away with it. The villains in the crisis are many, and certainly one of the contributing causes of the financial meltdown was the irresponsible lenders who should have known better. But the fundamental cause of the meltdown that has placed 10 million homeowners in this precarious financial position is the policies of the U.S. government and the Federal Reserve—the “affordable housing” crusade orchestrated through Fannie and Freddie, FHA, HUD, and the Community Reinvestment Act; interest rates near zero; and other statist measures—which Obama and members of his administration supported.

The solution to this (and every other) financial crisis is not more coercive government interference, which caused it in the first place, but more freedom and personal responsibility, the hallmarks of the Land of Liberty.

View all articles by Michael A. LaFerrara →
Interview with Cynthia Farahat on Growing Up in Egypt, Discovering Ayn Rand, and Fighting IslamistsIn Birth-Control Insurance Fight, Planned Parenthood is Anti-Choice
Return to Top