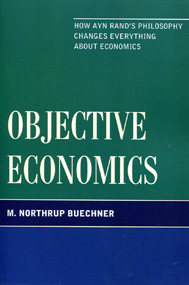 Despite its many errors, contemporary academic economics has improved considerably in recent decades, especially after the Keynesian detour of interventionism from the 1930s to the 1970s.1 There is a lagged influence between academic economics and public policy, but increasingly since the 1970s academic economists have recognized that free markets work, that “market failure” reflects poorly defined and ill-protected property rights, and that boom-bust cycles and sapped prosperity are consequences of bad public policies.

Economics has improved due to five main influences: Austrian economics (with F. A. Hayek awarded the Nobel Prize in 1974), monetarism (with Milton Friedman, Nobel Prize winner in 1976), rational expectations (with Nobel Prizes to Robert Lucas in 1995 and Thomas Sargent in 2011), public choice (with James Buchanan, Nobel Prize in 1986), and supply-side economics (Robert Mundell, Nobel Prize in 1999). If any economists today are still anticapitalist (Paul Krugman, Nobel Prize in 2008) it’s not because they believe free markets “fail” or that Soviet-style planning now “works,” but because ideologically they despise capitalism’s egoism, profit motive, and unequal incomes.

In his first (and recently released) book, Objective Economics, Dr. Northrup Buechner argues, instead, that “modern economics,” which he defines as academic teaching since about 1960, has gone haywire, using as its “foundation for practically everything” a “method of imaginary worlds” (p. 306).

Having taught economics for four decades at St. John’s University, and having spent these decades writing his book, Buechner should know the current state of the field. Yet his assessment seems stuck in a time warp. Nowhere does he acknowledge the spread of the five positive schools cited above. But he proceeds to indict modern economists on multiple counts. In his most important indictment, Buechner declares that “modern economics has no theory of price,” that modern economists lack even a basic grasp of “how prices are set or what principles determine prices,” and that his colleagues “are in a state of virtually perfect ignorance regarding prices” (p. 282).

Elsewhere, in treating the concept of “competition,” he says, “modern economics has gone most totally wrong” (p. 56). On the whole, he insists, modern economics “is mostly a mudslide of arbitrary concepts” (p. 283). If such sweeping harangues were valid, one might suspect that the profession had collapsed, not that it might have benefited from an influx of Austrians, monetarists, and supply-siders. . . .

1 I discuss many of the errors involved in modern economics in my article, “Economics in Atlas Shrugged,” in the Spring 2011 issue of TOS.

2 All of Say’s works are available for free at the Online Library of Liberty: http://tinyurl.com/7bel8lw.