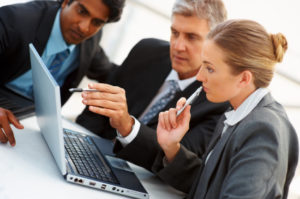 “The Obama administration is proposing to cut the corporate tax rate from 35 percent to 28 percent,” reports the AP. Unfortunately, the plan would not cut net taxes on corporations, as it also involves eliminating some so-called “tax loopholes” through which the government permits some corporations to pay less than they otherwise would.

The proper, moral goal is not to shuffle the tax burden—which merely violates the rights of some corporations more and others less—but to reduce or, better yet, eliminate it. Unfortunately, many continue calling for the opposite.

For instance, as Reuters reports in an article on Obama’s proposal, Dean Baker of the Center for Economic and Policy Research favors “the basic principle of lowering rates in exchange for eliminating loopholes”—but, he adds, “I think it is important that the target be some increase in tax revenue. While we are at the top in marginal tax rates . . . we rank near the bottom in effective average taxation.”

Baker and his ilk are morally wrong in calling for net tax hikes. The government has no right to increase coercive takings. Its only proper function is to protect people’s rights—including the rights of people who are members of corporations—and including their rights to their property.

As I have argued, Congress should abolish all corporate taxes and cut federal spending commensurately: “Not only would that end this injustice of double taxation, it would protect the rights of corporations to use their resources to create wealth, profits, and employment.” At a minimum, Congress should act in the short run to at least reduce the net taxes on corporations.

View all articles by Ari Armstrong →
Letter to the Editor
My Interview with Cynthia Farahat, Now in HebrewA Rational U.S. Policy Regarding Iran and Saudi Arabia
Return to Top