In Memory of John David Lewis 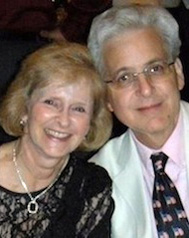 On January 3, 2012, John David Lewis, my good friend and contributing editor of this journal, died after a relentless battle with cancer. The premature death of any good man is tragic, but John was not just a good man; he was the kind of man good men look up to. John was an ideal man, and his early death comes as close as anything can to being a metaphysical flaw in the universe.

I want to focus, however, not on John’s death but on his life, which was a shining example of what is possible to man when he is fully rational, fully focused, fully virtuous.

When John was in his 40s, he decided to change his career from businessman to professional intellectual. He proceeded to earn a PhD in classics from the University of Cambridge, in England, and to achieve masterful knowledge of the history of ancient Greece and of military history in general. He also integrated his ever-expanding historical knowledge with his ever-expanding knowledge of rational philosophy, thus achieving what few historians do: an understanding not only of what happened, but also of why it happened. (His book Nothing Less than Victory: Decisive Wars and the Lessons of History [Princeton University Press, 2010] and his essays for The Objective Standard on the causes of war and the requirements of victory are unique in their breadth, depth, and objectivity on these subjects.) . . .

View all articles by Craig Biddle →
Letters and Replies: Abortion, Natural Rights, HayekIndividualism vs. Collectivism: Our Future, Our Choice
Return to Top