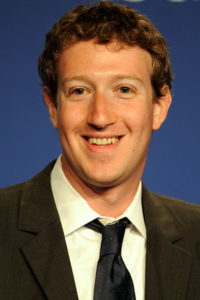 “Facebook Inc. filed for an initial public offering [IPO] that could value the company at between $75 billion to $100 billion,” reports the Wall Street Journal. The scope of the company is extraordinary: It “had 483 million daily active users on average in December 2011.” People use Facebook because it helps them pursue and share their values, and the company should be commended for creating such an enormous enhancement to people’s lives.

One recent event poignantly clarified to me the value of the company. When a family friend and his coworker were reported missing in Utah, the friends and family of the missing men used Facebook to help organize the search, collect donations for the search effort, and convey news to other friends as well as to the media. Although this story had a sad ending—both men had died when their car crashed off a cliff—Facebook was invaluable in helping people organize the search for the vehicle and share messages of comfort.

In an extraordinary letter, Facebook founder Mark Zuckerberg explained the goals of his company as it pursues its IPO. He writes, “At Facebook, we build tools to help people connect with the people they want and share what they want, and by doing this we are extending people’s capacity to build and maintain relationships.” Thank you for that, Mr. Zuckerberg.

View all articles by Ari Armstrong →
Letter to the Editor
FDA Shuts Down Farm for… Selling Fresh MilkIgnore Santorum’s Depraved Prescription: Have Sex for Pleasure this Valentine’s Day
Return to Top