Interview with Boaz Arad on the Israeli Freedom Movement

Boaz Arad is a founder of and spokesman for the Israeli Freedom Movement, and the founder and publisher of the Israeli magazine and website Anochi, which is dedicated to the advancement of Objectivism. He has served on the editorial board at the Hebrew version of Business Week, authored a weekly column in the Israeli daily Makor Rishon, and worked as a research fellow at the Jerusalem Institute for Market Studies. His articles promoting individual liberty and economic freedom appear regularly in Israeli media. In addition to his activism, Mr. Arad works as a marketing and communications manager for international software companies. I recently spoke with him via Skype. —Craig Biddle 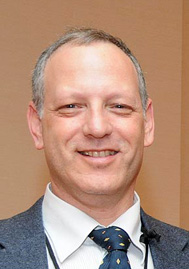 Craig Biddle: Thank you for joining me, Boaz—it’s great to hear your voice again!

Boaz Arad: Thank you, Craig. I appreciate the opportunity to speak with you.

CB: Let’s dive right into the Israeli Freedom Movement. What is this organization, and how did it begin?

BA: It’s an effort to expand political and economic freedom in Israel, much like the better goals of the Tea Party in the United States.

It began as a combination of the activism of about five guys. Each of us was already working in some capacity toward smaller government, lower taxation, and more freedom in Israel. I was already heading the promotion of Ayn Rand’s writing and philosophy in Israel, an effort I began in 1985. And I was publishing a newsletter and website (www.Anochi.com) that present some of Ayn Rand’s nonfiction writings in Hebrew, as well as commentaries and criticism on art, politics, and current events. Another one of the five is a lawyer who specializes in international tax law. Another is an engineer. But all of us were already actively advocating individual freedom and free markets.

We got together in June of 2011 in response to various political and economic events in Israel, including popular protests against the high cost of living, the high cost of dairy products, and the high cost of housing. We wanted to take advantage of the public focus on economic issues and form a body of activism to educate people about the requirements of free markets.

The Israeli version of the Occupy Wall Street movement occupied Rothschild Boulevard in Tel Aviv with tents, demonstrations, discussions, and so on. These protests garnered a lot of media support, so we decided to get into the action and present a new perspective on the problems in question. We did essentially what Peter Schiff did when he went to Wall Street to discuss issues with the demonstrators, and what Alex Epstein did at other “Occupy” events. We began doing this kind of thing in Israel in July 2011, and we got significant media attention. . . .

View all articles by Craig Biddle →
Letter to the Editor
Objectivism vs. Kantianism in The FountainheadInterview with Ellen Kenner and Ed Locke on The Selfish Path to Romance
Return to Top