A Rational U.S. Policy Regarding Iran and Saudi Arabia 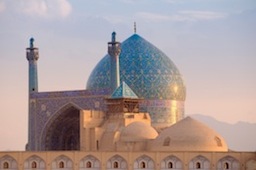 Here’s an excerpt from my article “The Iranian and Saudi Regimes Must Go.” This is the kind of speech that a rational, America-loving, rights-respecting candidate for president would deliver, and the kind of policy that Americans should demand from any candidate seeking our votes:

. . . Americans (and our allies the Israelis) have a right to live free of fear that we might be killed by enemy regimes or their proxies. As president of the United States, I will do whatever is necessary to put an end to any and all regimes that pose such a threat. The primary threats in this regard, as the U.S. government well knows, are the regimes in Iran and Saudi Arabia, which, among other things, spawn, train, finance, and spiritually fuel terrorist groups such as Hamas, Islamic Jihad, the Taliban, and Al-Qaeda.

In addition to threatening and assaulting Americans and Israelis, these regimes and their henchmen assault and oppress the people of Iran and Saudi Arabia—many of whom want to live in a free and civilized society. The Iranian regime, for instance, has jailed, tortured, raped, and murdered countless dissidents who have spoken out against the regime. It has also tortured and stoned countless girls and women for the “crimes” of being raped or having premarital sex, hanged or beheaded countless homosexuals for the “crime” of being gay, and committed countless other atrocities in the name of “Allah.” The Saudi regime has a similar record.

The Iranian and Saudi regimes are morally illegitimate. They have no right to exist. And their elimination is clearly in the best interests of both American citizens and the citizens of Iran and Saudi Arabia.

Because the long-standing policy of seeking to negotiate with regimes that want to kill Americans for the sake of “Allah” is obviously futile, as president of the United States I will take a different tack. I will encourage the people of both Iran and Saudi Arabia to overthrow the regimes that oppress them and threaten us, and I will encourage them to establish free republics in place of the ousted regimes.

Given America’s ill-conceived military commitments around the world at this time, and given the apparent desire on the part of many Iranians and at least some Saudis to take down their respective regimes, I think this is the best approach to start with: full, firm, unequivocal moral support from the United States toward that end.

Taking down the evil regimes, however, is the easy part. The difficult part is establishing and maintaining free republics.

For Iranians and Saudis to create free republics will require great thought, coordination, and effort. But they are intelligent and capable people, and they have an excellent model from which to work: the United States as conceived by the Founding Fathers. As president, I will encourage the Iranian and Saudi people to read what the American Founders wrote on the subject—especially the Declaration of Independence, the Federalist Papers, and the U.S. Constitution. And I will ask them to join Americans and the other (relatively) free people of the world as brothers and sisters in liberty by embracing the basic principle of a free society: that of individual rights.

These are the basic principles on which the liberation of a people and the establishment of a free republic depend, and these are the principles that, as president of the United States, I will encourage the Iranian and Saudi people to embrace and codify in their new governments.

Regarding U.S. military support for Iranian and Saudi rebels seeking to overthrow the evil regimes, as president, I will certainly be open to that possibility—but only in coordination with movements explicitly dedicated to the principle of individual rights and to the establishment of rights-respecting republics. Insofar as Iranian and Saudi rebels demonstrate that their movements are dedicated to these ideals, I will seek to provide them with whatever technology, weapons, and training are necessary to oust the current regimes.

Iranians and Saudis have suffered under tyranny for decades. That is no way to live. It is time for them to enjoy liberty. As president of the United States, I will encourage them to work toward that mutually self-interested end, and I will seek agreement from Congress to provide additional support as warranted.

My primary concern, however, will always be with the interests of the American people, and on this count the elimination of the Iranian and Saudi regimes is not optional. It is mandatory.

If the Iranian and Saudi people are unwilling or unable to oust their respective regimes in a reasonable period of time—say, within two months of my taking office—I will seek agreement from Congress to use the full force of the U.S. military to end the regimes by whatever means necessary. This force may include the use of nuclear weapons, it may include visits from our Navy SEALs, and it may include new surprises.

In any event, as president, I will do everything within my power to eliminate the regimes in Iran and Saudi Arabia. This is my solemn promise.

If Americans want to end the danger posed by the Iranian and Saudi regimes—and thus substantially solve our terrorism problem—we must demand that our politicians explicitly commit themselves to ending these regimes. There is no other way.