Who Deserves Credit for Tebow’s 316 Yards? 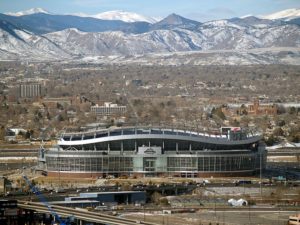 What is the significance of Tim Tebow’s 316 fabulous passing yards to lead the Denver Broncos to their first playoff victory since 2006?

Remarkably, many people are claiming (whether seriously or not) that divine intervention may have been at play. That was the immediate reaction of several Twitter users: “Tebow with 316 yards. John 3:16 anyone?? God making a statement?” wondered one Tweet, referring to the popular Bible verse. “God has a sense of humor,” claimed another. “Maybe God thought we needed His attention,” suggested yet another.

At Florida, Tim Tebow famously put the number 3:16 (as in the Biblical verse John 3:16) on his eye black. That's a no-go in the NFL—so instead of writing the digits on his face, he wrote them in the box score of the Broncos' unbelievably improbable 29-23 overtime victory against the Pittsburgh Steelers, by throwing for 316 yards.

Roberts suggests merely that readers should “ponder” whether the yardage "was a coincidence."

No, they should not.

Although Tebow himself credits an alleged God for his success, he obviously owes his success to his own hard work (coincidental numbers notwithstanding). Likewise for all superstitious athletes: They owe their success to their hard work and dedication, not to their hair length, their special bat, the numbers on their jerseys, or some guy in the sky.

If Tebow had relied on prayers to improve his skills and abilities, he never would have made the high school team. Instead, Tebow devoted himself to developing his skills, building his physical endurance and strength, and working through the arduous track from high school to professional football.

Crediting a supernatural being for Tebow’s passing yards is an injustice to Tebow, as it denies him the credit he deserves. It also denies the credit to Tebow’s coaches and teammates, who called the plays, made the blocks, and caught the passes that contributed to Tebow’s success.

Congratulations, Tebow and the Broncos, the credit is all yours.