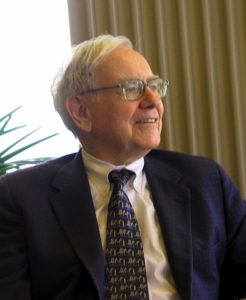 Warren Buffett so loves the idea of higher taxes on the wealthy that the proposal to accomplish that even bears his name: the “Buffett Rule.” This week Buffett seconded Barack Obama’s call for “a minimum effective tax rate of 30 percent on those who earn a million dollars or more,” Reuters reports.

The “Buffett Rule” is based on the tired lie that (in the words of the Reuters reporter) “millionaires [pay] a smaller share of income taxes than middle-class taxpayers.” While it is true that the tax rate for capital gains is “only” 15 percent, generally the wealthy pay far more taxes than everyone else (as reports by the AP and the Heritage Foundation confirm).

But the reason not to raise taxes on the wealthy is not that they currently already pay a greater share of their income in taxes than others pay. The reason is that the wealthy, like others, have the right to use their earnings and property as they judge best. Indeed, as I have argued, that fact justifies dramatically lowering taxes on the wealthy.

As for Buffett, he is already perfectly free to write a check to the federal government for whatever amount he wishes, up to his entire fortune. Instead of acting with the courage of his convictions, Buffett recently wrote an extra check to the Treasury for what is to him a paltry sum of $49,000. As of November, he was worth $39 billion (about a quarter of a percent of the federal debt). If he seriously believes federal politicians and bureaucrats can spend his billions more intelligently than he can, he is free to let them try.

But for Buffett to advocate that the government forcibly seize more wealth from producers is immoral—and for the government to seize their wealth is a violation of their rights. Great producers who earned their money building the companies and technologies that enhance and prolong our lives should be free to use their resources according to their own discretion and for their own self-interested purposes.