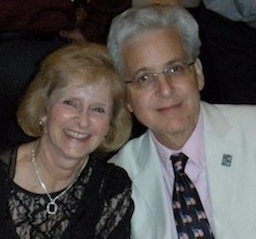 My good friend John Lewis died this morning having battled cancer relentlessly, and I want to say a few words here about his life.

John was one of the greatest men I’ve ever known. A husband, historian, writer, speaker, professor, musician, and friend, he pursued his values with awe-inspiring passion.

He cherished his lovely wife, Casey, and always beamed in her presence, as she did in his. My heart goes out to Casey; her loss is the greatest of all.

When John was in his 40s, he decided to change his career from businessman to intellectual. He proceeded to earn a PhD in classics from Cambridge and to achieve masterful knowledge of the history of Ancient Greece and of military history in general, which he integrated with rational philosophy thus achieving what few historians do: an understanding not only of what happened, but also of why it happened. His book and essays on the causes of war and the requirements of victory are surely the most profound ever written.

He spoke at Objectivist conferences and Tea Party events, where his courses and lectures were always among the most popular, insightful, and inspiring. He also spoke on the morality of free markets in medicine and the need to get the government out of the way so that innovators can innovate. I suspect that, had markets been free, he would still be alive.

John taught at Duke, where his primary message to students was that their minds are efficacious; that they can acquire knowledge of the world, including historical and moral truth; that they can achieve their dreams if they are willing to think and work; and that their lives are theirs to live and enjoy.

He played the drums, loved jazz, and revered precision and clarity in music, as he did in thought and communication.

And he gave me, and all of his friends, the joy of great conversation, great camaraderie, and the most valuable thing anyone can give another: an example of how to live passionately.

While I was visiting John over the holidays, he said to me that his death was of no concern to him. He did not mean that he didn’t care whether he died—on the contrary, he wanted desperately to live. What he meant was that the only thing one should concern oneself with is living and loving life. That is what John did. He lived life fully until he could live no more.

I embrace and will continue to embrace his example. I will concern myself only with living and loving life. But I loved John immensely, and I will miss him as much as I loved him. He is my hero.

View all articles by Craig Biddle →
Santorum Stands for Big Government because He Stands for CollectivismWho Deserves Credit for Tebow’s 316 Yards?
Return to Top