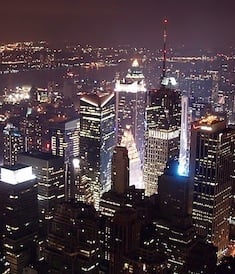 In his State of the Union address, Barack Obama said the wealthy need to pay higher taxes in order to pay their “fair share.”

As Newt Gingrich told Newsmax, Obama’s plan apparently would entail doubling the capital gains tax to 30 percent, something Gingrich justifiably characterizes as the “most destructive anti-jobs proposal by a president in my lifetime.” (The tax hike would be on top of the double taxation already applied to capital gains.)

But Obama’s proposed tax hikes are not merely economically destructive, they are the antithesis of actual fairness. Toward genuine fairness, a good first step would be to dramatically cut taxes on those who produce enormous wealth. Such producers earn their money by creating the technologies, products, jobs, and effective business practices that keep us alive and help us flourish. They deserve to use their resources as they judge best rather than see their earnings looted by federal politicians and the special-interest groups that many of those politicians serve. And yet, rather than applaud the giants of industry whose productivity enhances our lives in myriad ways, federal politicians punish them with insanely high taxes. (James Pethokoukis reviews relative tax burdens for the American Enterprise Institute, and I discuss the matter in a piece for Pajamas Media.)

To puff up his claim that forcing the wealthy to pay higher taxes is somehow more “fair,” Obama presumes that their wealth automatically belongs to the federal government. If politicians allow wealthy producers to keep more of the money they earn, he argued, then that is a “special tax subsidy,” no different than if the government hands the wealthy the money that somebody else earned.

The federal government should forcibly seize more of the earnings of the wealthy, Obama argued, in order to give that money to someone else, whether “a senior on a fixed income; or a student trying to get through school; or a family trying to make ends meet.” Elsewhere in his speech Obama suggested that politically-connected parasites posing as businessmen also deserve more corporate welfare. But, regardless of which interest groups win the federal payouts, Obama’s principle is the same: the wealth of the great producers should be forcibly confiscated and turned over to those who did not produce it but allegedly need it or profess to need it.

Fairness does not mean letting the federal government forcibly confiscate more of the wealth of those who produce the goods, services, businesses, and jobs on which our lives depend. It means limiting the government to the protection of each person’s rights to his property and earnings, whether that person earns ten thousand dollars every year or ten billion.

View all articles by Ari Armstrong →
Letter to the Editor
Mitch Daniels: Business is “One of the Noblest of Human Pursuits”Warren Buffett Immorally Calls for Tax Hikes on Top Producers
Return to Top