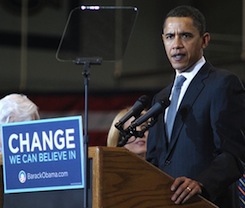 In his December 6 speech in Osawatomie, Kansas, President Obama grudgingly admitted that capitalism created our astounding standard of living. However, he claimed, unless businessmen wear the shackles of high taxes and pervasive political controls, the economy “doesn’t work.” Although the historical and economic fallacies and howlers in Obama’s speech would take a lengthy essay (if not a book) to completely unwind, various commentators have addressed some of them.

David Harsanyi points out that Obama inadvertently said something true in his speech: “[T]he free market has never been a free license to take whatever you want from whoever you can.” In a free market, producers voluntarily trade value for value, while criminals who seize others’ wealth by force go to jail. In today’s world, Harsanyi writes, those “who believe they should have free license to take whatever they want from whomever they can” are “called Democrats.” Consider Obama’s tax-funded bailouts of politically favored banks, automobile companies, and unions. Unfortunately, Harsanyi misses the opportunity to point out that this criticism applies equally to Republicans. Recall that President Bush started the bailout frenzy and helped expand federal spending dramatically faster than Bill Clinton did.

Harsanyi joins economist Don Boudreaux in mocking Obama’s angst over technological advancement. Obama notes that “huge advances in technology have allowed businesses to do more with less”; he offers examples of automated steel mills, ATM machines, and the Internet. But, rather than focus on the expanded wealth creation or the high-tech and more-diverse jobs that accompany such advancements, Obama chooses to claim only that technology has caused “painful disruptions.” This is the same fallacy that Bastiat exploded in his 1850 essay on machines. To Harsanyi this suggests the motto, “Less productivity! More jobs!” Boudreaux calls Obama’s position the “Luddite lament.”

Channeling Occupy Wall Street, Obama pretends that the wealth creation of producers somehow hurts everyone else. Yet, as I pointed out in an October article, “Producers earn money by trading voluntarily with those who also benefit from the exchange.” That is always the case in a free market. On the other hand, some gain wealth at the expense of others precisely under the sorts of forced wealth transfer schemes that Obama supports. The Washington Post’s Glenn Kessler points out that Obama radically understates the level of taxes paid by “the rich.” But that point is superficial; the essential point is that people morally deserve to keep and use the wealth they earn, regardless of their level of productivity.

Regarding history, Obama claims that free markets led to economic blowups and miserable working conditions. The truth is the exact opposite: Political intervention in the economy led to economic turmoil; free markets lead to prosperity. As Andrew Bernstein demonstrates page after page in Capitalism Unbound, free markets have always led to advances in productivity and rising standards of living. (This book is an excellent short defense of the history and morality of capitalism. See my review.) In her book The Forgotton Man, Amity Shlaes explains how the hyperinterventionism of Republican Hoover and Democrat FDR set off and extended the Great Depression. (See my review of Shlaes’s book as well.) A new video from the Center for Freedom and Prosperity summarizes the work of Shlaes and others regarding the real causes of the Depression.

Regarding the modern mortgage meltdown, Thomas Sowell explains how that too resulted from government controls; for example, many of the same politicians who praised the market-skewing Fannie Mae and Freddie Mac in the early years of the last decade later blamed the free market for the failures of their own rights-violating policies. (See my coauthored review of Sowell’s book, The Housing Boom and Bust.) The mortgage crisis from which Obama attempts to build his case resulted from the federal government’s easy-money policies in conjunction with mortgage mandates and subsidies.

What of Obama’s praise of Theodore Roosevelt, who busted up supposed “giant monopolies that kept prices high and wages low?” Jim Powell points out in an article for Forbes that Obama’s claims derive from ideological muckrakers such as Ida Tarbell, who marshaled smears rather than facts. Powell notes that “in Theodore Roosevelt’s America, output was expanding, and prices were falling”; yet Roosevelt vindictively “demonized successful investors and entrepreneurs.” In his excellent history of Standard Oil, Alex Epstein shows that John D. Rockefeller, unjustly targeted by Roosevelt, in fact revolutionized his industry, in the process paying “higher than market wages to attract the best employees.”

In his December 7 radio broadcast, Peter Schiff covers much of the same ground, defending labor-saving devices, laying the blame for recessions and high unemployment at the feet of meddling politicians, and defending successful producers such as Steve Jobs. In response to Obama’s claims about capitalism’s allegedly unfair rules, Schiff notes, “Everybody used to play by the same rules, until the government rewrote them.… The rule of law was always here. Everybody played by the same rules, but we had a lot more freedom. We had a lot more individual entrepreneurship.” (Obviously early America failed to consistently uphold individual rights; most importantly, slavery was a huge moral blot on the nation. Capitalism demands the complete abolition of involuntary servitude in all forms.) 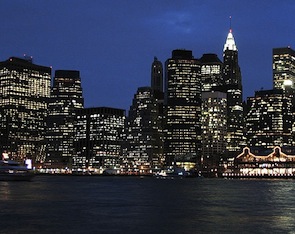 While Obama claims that the existence of the middle class depends on government intervention, Schiff points out that the middle class arose prior to Obama’s much-vaunted New Deal: “[T]he middle class was created… [in] the 19th Century, when all these Americans moved from the farms to the cities, when the standard of living of the typical American grew faster than anywhere in the world… when we invented all of the products that we have today—automobiles, telephones, washing machines… The reason that our people were so much wealthier is because we had less government than all the countries that American immigrants were fleeing.”

If we wish to expand our prosperity in the 21st Century, we should reject Obama’s plans for more forced wealth transfers and more economic shackles, and instead fight for liberty and its consequence: capitalism.

View all articles by Ari Armstrong →
The Gift that Moves MindsOrville and Wilbur: Men of the Mind
Return to Top