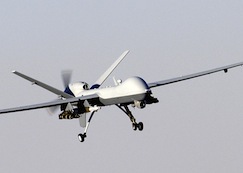 Did the U.S. government secretly plan for a drone to crash in Iran?

Perhaps I read too much fiction, but is it possible that someone in our government actually planned for a drone to crash land in Iran? Given what has been attempted throughout military history, the possibility is not unprecedented.

Consider a maneuver by the British government in World War II that Ben Macintyre, in his book Operation Mincemeat, called one of the most extraordinary deceptions ever attempted. As I summarized in my review of Macintyre’s book:

The British Secret Service [took] a dead man and [planted] on him fake documents that suggested that the Allies were planning to bomb Sicily only as an initial feint preceding an attack on Nazi forces in Greece and Sardinia. They . . . then [floated] their man near the Spanish coastline, making it appear as though he drowned at sea, and [hoped] that one of the many Nazi spies in Spain discovered him and the documents and passed their content along to his superiors—convincing them to weaken Sicily by moving forces to Greece and Sardinia. . . .

In that operation, British officials had to feign aggressive efforts to get the dead body back quickly once it was found, but they had to ensure that they didn’t succeed in getting it back too quickly, else the Nazi spies in Spain would not have time to copy and transmit the false information to Berlin.

As reported, Obama’s response to the downed drone has been entirely in character. He meekly asked Iran to give it back. Iran’s response has been in character, too. They said no with typical scorn and promised ever more acts of war, just as they have done for the past thirty years.

But maybe, just maybe, someone in U.S. intelligence has planted false information in that drone, ensured that the Iranians will have a new Stuxnet-like virus in any computer system that connects to it, or rigged it so that it blows up when whatever scientists Iran has left attempt to dismantle it or decode the information inside.

In any event, intelligently thwarting the number one state sponsor of terrorism would be a welcome change—and one that, given our history with Iran, the mullahs would never suspect.

View all articles by Daniel Wahl →
Letter to the Editor
Orville and Wilbur: Men of the MindNewt Sides with Anti-Abortion Zealots
Return to Top