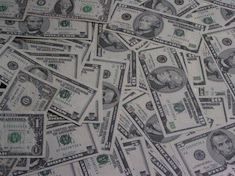 According to various Occupy Wall Street protesters, profits hurt people and constitute injustice. For example, an Orange County protester held a sign reading, “People Before Profits”; he told Alex Epstein of the Center for Industrial Progress, “I think people’s interests [should] always come first.” I interviewed a Zuccotti Park Occupier who said, “In terms of what I’m trying to accomplish and what I would want is a society that actually prioritizes human rights and the notion of social justice over profit.”

While such sentiments paint profit as the enemy of rights, justice, and people’s well-being, in fact profit in a capitalist system embodies all those things. Setting aside for a moment so-called “social justice,” far from undermining justice, protecting the right to profit in a free society is an instance of justice.

What is profit? In the broadest sense, a profit is a gain that comes from exerting personal effort or interacting with others. (“Profit” derives from the Latin term meaning “to make progress.”) If I plant tomato seeds and tend the ground, I profit by harvesting the tomatoes. A massage therapist profits by selling that service. Apple profits by trading computers and iPhones (and the services that come with them) for money.

The profits of any free, non-fraudulent exchange are necessarily just. Consenting adults have the right to interact voluntarily with others, and each rationally seeks to gain in any exchange of goods or services. This right is part and parcel of the rights to life, liberty, and the pursuit of happiness. (Sometimes people mistakenly anticipate a profit where none is forthcoming, but they have the right to pursue the possibility of profit.) Justice means giving others their due. In a free exchange, each person gets his due—as judged by his own mind on the terms he deems acceptable. A just society recognizes and protects each individual’s right to engage in such free exchanges, including lawful contracts that enable complex long-term trades, such as business contracts, sales agreements, insurance policies, and pension plans.

When some parties forcibly interfere with others’ right to voluntary exchange and thereby to profit, this is an act of injustice. If the government outlaws massage therapy, or bans terms of compensation agreeable to both parties, or prevents a computer company from charging what it sees fit for its product, or prevents a willing customer from buying it at that price—this unjustly prevents the parties from profiting by mutual agreement.

Nor can one justly profit by means of violating rights. A slaveholder “profits” only by chaining others to a job; the proper term for such a short-sighted gain is not profit but loot. An unscrupulous car salesman loots his customers by lying about the state of the car, thereby committing fraud and taking a customer’s money against his consent. A bank robber loots the bank and its customers, stealing their profits. In such cases the government properly intervenes in order to protect people’s rights and uphold justice.

Occupy Wall Street is right to complain about the bailouts of politically connected businesses. Such bailouts loot taxpayers and are therefore unjust.

Unfortunately, many Occupy Wall Street protesters call for “social justice,” which is a euphemism for more looting. True justice neither needs nor permits the adjective “social” before it. Justice necessarily applies in a social context (the need for justice never arises for a lone individual on a desert island.) While justice applies differently in different circumstances, the principle means the same fundamental thing in each: individuals getting what they deserve. Occupiers calling for “social justice” are calling for the use of force to interfere with the voluntary associations of business owners, customers, and employees—for example, through wage and price controls, nullification of loan contracts (e.g., mortgage and education), increased taxes on the so-called one percent, and other forced wealth transfers. “Social justice” is plain injustice.

Profits are good for people, which is why all rational people seek them. Justice is good for people, too, as it enables them to seek profits and forbids people and the government from getting in their way. If Occupiers care about people, they should change their mantra to “Profits and justice for everyone.” Or simply: “Capitalism.”

View all articles by Ari Armstrong →
Letter to the Editor
A Pledge for GOP Presidential Contenders: Repudiate the U.N. WholesaleTo Protect Rights, Phase Out Payroll Tax Completely
Return to Top