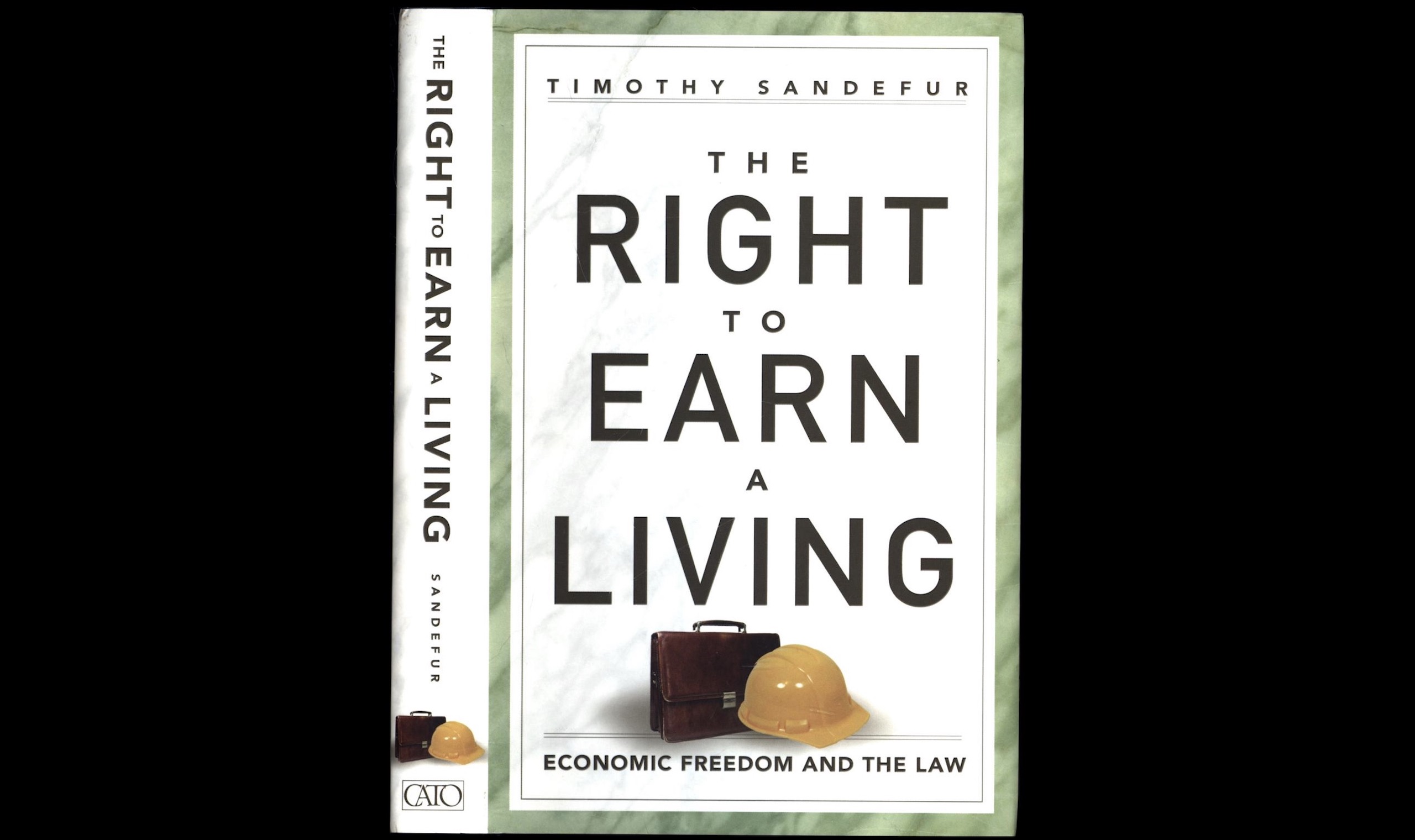 Review: The Right to Earn a Living, by Timothy Sandefur

Parents in America typically tell their children that they can be anything they want to be when they grow up, and children tend to believe it and explore the countless possibilities.

I recall my own childhood aspirations: imagining myself as an archaeologist, wearing a khaki hat and digging in the desert sun; as a veterinarian, talking to the animals like Dr. Doolittle; as a writer, alone at my desk, fingers poised over a typewriter keyboard. Recently I found an old note in a drawer. It said, “When I grow up, I want to be a doctor. I want to save people. When I grow up, I WILL be a doctor.” Underneath my signature I had written “age 10.”

Unfortunately, in today’s America, a child cannot be whatever he wants to be. Leave aside for the time being the difficulties involved in entering a profession such as medicine. Consider the more man-on-the-street jobs through which millions of Americans seek to earn a living, support their families, and better themselves. Suppose a person wants to drive a taxi in New York City. To do so, he will first have to come up with a million dollars to buy a “medallion.”1 If he wants to create and sell flower arrangements, and lives in Louisiana, he’ll have to pass a “highly subjective, State-mandated licensing exam.”2 If he wants to sell tacos or the like from a “food truck,” and lives in Chicago, he had better keep his business away from competing restaurants, or else face a ticket and fine.3 And a child doesn’t have to wait until he’s an adult to directly experience such limitations on his freedom. Last summer, authorities in various states shut down children’s lemonade stands because they didn’t have vending permits or meet other local regulations.4

In today’s America, it is increasingly difficult to enter various professions, near impossible to enter some, and, whatever one’s profession, it is likely saddled with regulations that severely limit the ways in which one can produce and trade. Timothy Sandefur explores and explains these developments in The Right to Earn a Living: Economic Freedom and the Law.

Sandefur addresses this subject in the most comprehensive manner I’ve seen, surveying the history of economic liberty from 17th-century England through the Progressive era in America and up to the present day. He shows how the freedom to earn a living has been eroded in multiple ways throughout the legal system, from unreasonable rules, to licensing schemes, to limitations on advertising, to restrictions on contracts. In The Right to Earn a Living, we see how these and other factors combine to create a system in which it is more and more difficult to support oneself and one’s family in the manner one chooses.

Sandefur starts by establishing the historical foundations of the right to economic liberty in English common law and the Magna Carta. He writes that the Founders ratified the words “to pursue happiness” as part of the Declaration of Independence in formal recognition of this fundamental right, arguing that these words go beyond recreation or education to include the “right to take steps to provide a better life for oneself through work, trade, and commercial enterprise” (p. 3). . . .