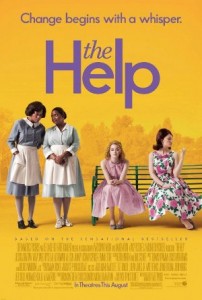 Only a handful of fictional films—among them, To Kill a Mockingbird and In the Heat of the Night—have successfully addressed the ugly realities of racism in 20th-century America in compelling, dramatic ways. Tate Taylor’s The Help can be added to this list.

Set in the deeply segregated Mississippi of 1963, The Help is, on one level, about a young, privileged white woman’s attempts to become a professional writer. Skeeter Phelan, played by Emma Stone, is the daughter of an old, wealthy, socially connected white family in Jackson, Mississippi. After graduating from Ole Miss with an English degree, Skeeter has come home, hoping to pursue her dream of writing literature, taking her first step by writing the housekeeping column for the local paper. Skeeter’s career choice is diametrically opposed to those of her lifelong friends and the rest of the Junior League who, at twenty-three, have already settled down and begun having babies. Led by Hilly Holbrook (Bryce Dallas Howard), these would-be Scarlett O’Haras are supported by “the help” of the title, black housekeepers who do the cleaning, shopping, cooking, and, most critically, raising generation after generation of white children, yet are not even allowed to use their employers’ bathrooms.

While writing her column, Skeeter seeks the assistance of Abileen Clark (Viola Davis), the black maid of one of her friends. In so doing, she sees for the first time the ugliness that underlies the system in which she has lived her entire life. Here the story turns to deeper matters and the theme of independence versus conformity. . . .