I recently spoke with Linda Mann about how she became a painter, the nature of still lifes, and how she makes pumpkins so intriguing. This interview includes images of several of her paintings. Her full portfolio, including details of the paintings found herein, can be seen at her website, www.lindamann.com, or by appointment. —Craig Biddle 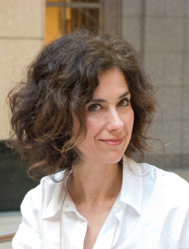 Craig Biddle: Linda, thank you for taking time away from the canvas to chat with me about your work.

CB: Having tried my hand at painting, I’ve concluded that great painters fall into the same category as great pianists. They’re superhuman.

CB: Seriously, though, creating beautiful, engaging, fascinating works on canvas is an extremely difficult process, and I have several questions about it in relation to your work. But let me begin with a few preliminaries. How and when did you become an artist?

LM: In some ways, I’ve always been an artist. Ever since I can remember, I’ve been drawing and painting—before I even really knew what being an artist meant. I took great pleasure in drawing everything around me—there were never enough paper and pencils for me! In school, I took all the art classes I could and thought I would pursue a career as an artist.

But in high school I became discouraged, because what was being taught was largely modern or abstract art. I didn’t understand the point of it and began to think that if that was art, that wasn’t what I had in mind.

When it came time for me to decide what to study in college, after much debating, I chose industrial design instead of art. It seemed to combine aesthetics and the rationality that I found utterly lacking in modern art. Soon after I got my degree, however, I discovered that I actually wasn’t that good at it because my heart wasn’t really in it.

Over the years, I went from one design field to another—from industrial design to interior design to graphic design. I was always dissatisfied. Finally, I ended up in fashion design. While I was sketching costumes at a museum exhibit one afternoon, it struck me how much I’d always loved to draw. That was where my heart was. At that moment I decided to pursue fine arts again. I thought I could figure out a way to avoid the modern art that so discouraged me.

I took some classes at the San Francisco Academy of Art and then, after I moved to Seattle, at The Academy of Realist Art. I studied off and on there, taking classes in traditional drawing and painting techniques, anatomy, and portraiture. Most of my learning was actually done studying old art technique books from the turn of the last century. I found that the majority of recent art textbooks were emphasizing modern art and not the classical methods that I wanted to learn.

CB: So before you turned back to fine art, you designed fashion? Did you create any designs that went to market?

LM: No, I didn’t get that far. I was studying pattern-making, draping, sewing, and illustration. I had not gotten so far as to actually produce anything.

CB: So that was school only, not a career spell.

CB: Given the various kinds of paintings that an artist might choose to create—portraits, figures, landscapes, seascapes, cityscapes, and so on—why have you chosen to focus on still lifes? What’s so great about still lifes, as it were?

LM: Something about still lifes is very intimate. Everybody is familiar with a tabletop with things on it—it’s right in front of you.

Landscapes are the world at large, out there; a portrait is involved with a person’s character, and complex issues of psychology, which aren’t what I’m mostly interested in. In a still life, the focus is on light and how we see. In this way, still-life painting seems to be more about epistemology than any other kind of painting. It says, “The world exists and I can know it.”

A still life is like a little world more than any other kind of painting. It suits me to be able to contemplate this piece of my world in front of me—and it’s available for study because it’s up close and personal.

Another thing I enjoy about still life is that I see the objects as actors on a stage. I’m the director. I tell them where to stand, I spotlight them, and they interact with each other according to their natures. . . .

View all articles by Craig Biddle →
The Patience of JobsSanctum Sanctorum: The National Gallery of Art in Washington, D.C.
Return to Top