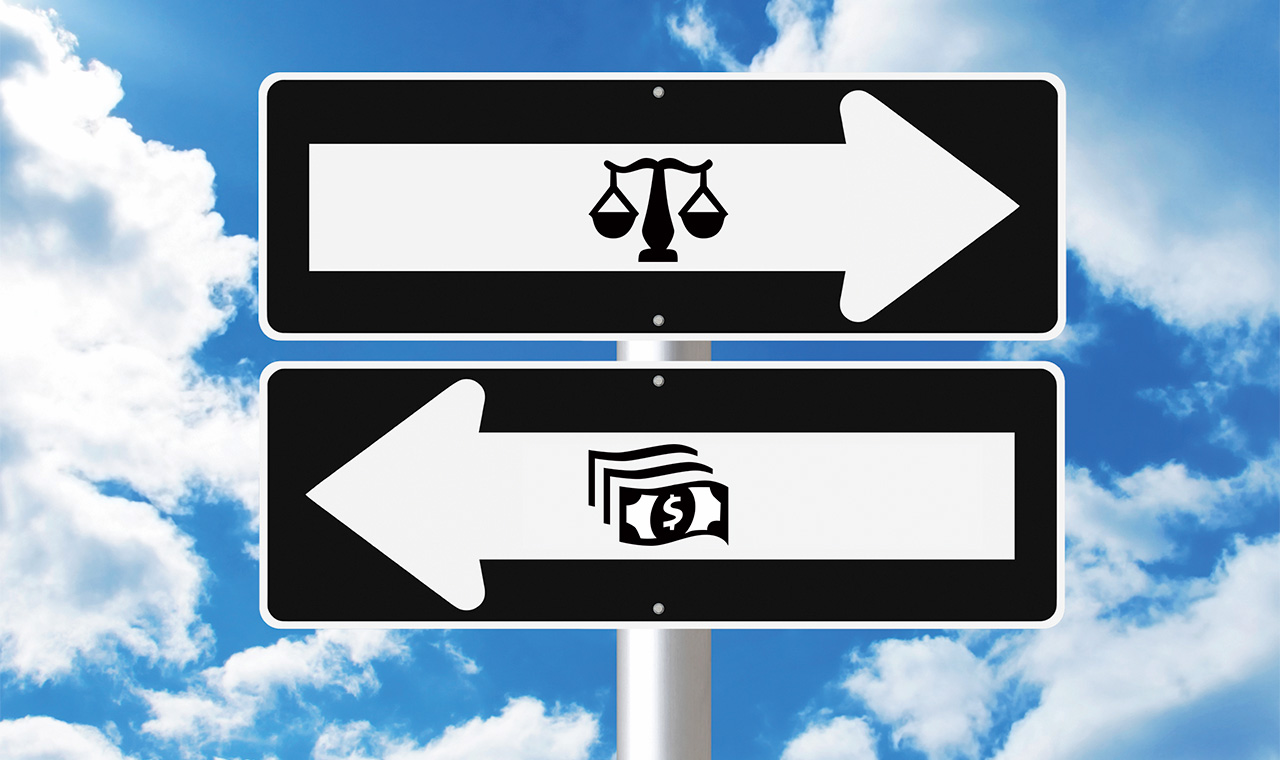 The Justice of Income Inequality Under Capitalism

Many “Occupy Wall Street” protesters oppose the bailouts of failed banks and financial institutions. They are right to do so: such bailouts violate rights by forcibly transferring wealth from some people to others via taxes, deficit spending (future taxes), and monetary expansion (hidden taxes). At the same time, however, many Occupiers call for even more forced wealth transfers for things such as unemployment payments, student loans, mortgage support, government schools, and “green” energy. Why do many Occupiers oppose some forced wealth transfers and advocate others?

The answer may be found in the popular “occupation” phrase: “We are the 99 percent.” As Vanity Fair explained earlier this year, “The upper 1 percent of Americans are now taking in nearly a quarter of the nation’s income every year. In terms of wealth rather than income, the top 1 percent control 40 percent.” The 99 percent, then, consist of everyone else. According to the typical Occupier, politicians should forcibly seize wealth, so long as they seize it from the relatively wealthy and give it to those with less. “Tax the Rich” (even more), many protest signs read. Vanity Fair compares America’s wealthy to Middle Eastern theocratic dictators: “Americans have been watching protests against oppressive regimes that concentrate massive wealth in the hands of an elite few.” The magazine predicts that “even the wealthy will come to regret” the income inequality in this country. While some in the “Occupy Wall Street” movement may attempt to make good on that threat, if income inequality is their concern, they should instead consider some history.

True, throughout most of human history, great income inequality arose when the political class looted the masses. Slaves labored in Egypt to build elaborate burial pyramids for their jewel-crested Pharaohs. In the socialist Soviet Union, the “dictators of the proletariat” lived lavishly even as they starved millions to death while selling grain to other countries (for details, see the film The Soviet Story). Thus, while some Occupiers call to replace capitalism with socialism (see the Denver college professor and “born-again Trotskyite” or the Los Angeles Occupier calling for bloody revolution) if successful their strategies would in fact create another kind of income inequality.

But the income inequality under tyranny is fundamentally different from that under capitalism. One arises from looting and forcing; the other from producing and thinking. Looters seize available wealth. They add nothing to the supply of wealth, opting instead to smash things, divert human effort to the task of looting, and squash the incentive of their victims to produce much of anything. Thus, even if looters could achieve income equality, doing so would constitute a moral atrocity. Producers create new wealth: They restructure their own resources—their land, machinery, seeds, and minerals—to create goods and services that benefit human life. Producers earn money by trading voluntarily with those who also benefit from the exchange. Often producers hire others, improving the lot of employer and employee alike.

Looters win (in their own short-sighted view) at the expense of others. Producers win as they help others win. At worst, a looter takes your life; at best, he steals what you produce. At worse, a producer leaves you alone; at best—and most typically—he greatly enriches and expands our lives.

America’s capitalists have nothing in common with dictators in the Middle East or with any other type of looter. (I mean actual capitalists, not those pretenders in business who wield political power to seize subsidies and hamstring their competitors.) Steve Jobs did not earn a fortune by attacking others or stealing from them; he grew wealthy by building remarkably advanced machines that dramatically improve the lives of tens of millions of people. Whatever wealth Jobs personally gained, he added enormously more value to his customers’ lives. The same can be said of any of America’s business leaders, whether the energy producer George Mitchell, retailer Jeff Bezos, software developer Bill Gates, internet visionary Mark Zuckerberg, or anybody else who lives by thinking and producing at whatever scale. Producers trade goods and services for money, and the exchange benefits both parties. A producer’s wealth indicates the scope of his mutually beneficial exchanges.

From the economic point of view, as Ludwig von Mises wrote in a 1955 letter: “Destitution is in a feudal society the corollary of income inequality, but not in a capitalist society. The fact that there is ‘big business’ does not impair, but improve[s] the conditions of the rest of the people.” Mises writes here of productive business in a free economy, not politically-connected “business” that seeks reward in handouts and special favors. To the degree that today’s economy has brought some closer to destitution, the cause is not productive big business, but instead the looting mentality of inflationary government spending, political support for irresponsible mortgages, bailouts for banks and unions, out-of-control entitlements, corporate welfare, and the like. In short, the cause is government interference in the economy.

From the moral point of view, forcibly seizing wealth from producers violates their rights. The relevant moral distinction is not between the 99 percent and the wealthiest one percent, but rather between the producers and the looters on any scale. The great producers of our society do not deserve envious snarls and threats to forcibly seize their property. Instead, they deserve our gratitude and admiration.