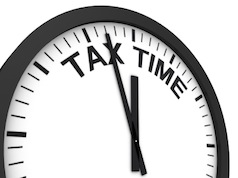 I would merrily accept a simple national sales tax as a replacement for the income tax—only if it followed the repeal of the Sixteenth Amendment. John Keel seems to misunderstand the purpose of my initial article about the so-called “Fair Tax.” I did not endorse the income tax over a sales tax; instead, I devoted my opening paragraph to denouncing the income tax, and I wrote that a sales tax “could be better or worse” than an income tax, “depending on particulars” of each. My purpose was to argue that “there is nothing about a sales tax that is inherently more fair than an income tax, and the Fair Tax would impose a new set of burdens on businesses and consumers.” While Mr. Keel disagrees with my article, he does not locate any errors within it. Instead, he mostly offers additional details about the points I made, and he argues that certain facts deserve greater emphasis. Unfortunately, he also makes a few mistakes in discussing the details of the tax, and he largely ignores my broader points.

The first problem with the “Fair Tax” is simply its name; a sales tax offers no more “fairness” than any other major sort of tax. If it is “fair” to add a 30 percent sales tax to every consumable good or service, then it is equally “fair” to tax people’s income or property. If an income tax is inherently unfair, then so is a sales tax. True, any given sort of tax can be more or less unfair depending on how it is set up. Other things equal, a tax that imposes higher compliance costs is thereby more unfair. However, there is nothing inherently simpler about a sales tax than an income tax; a sales tax could be made absurdly complex, and today’s income tax could be radically simplified. Taxes that impose unequal burdens on people are by that fact more unfair than those that don’t, but both the income tax and the sales tax invite such problems. Just as an income tax can set higher rates for top earners, so too a sales tax can impose higher rates on “luxury” and “sinful” items and lower rates for “essential” (and politically-correct) items. Usually the most important marker of fairness is a tax’s rate, which can fluctuate for any given sort of tax. Surely no one who values government limited to protecting individual rights would regard a sales tax of 50 percent as more “fair” than an income tax of five percent.

Overall Mr. Keel dramatically understates the complexity of the “Fair Tax,” though he does add useful detail about requirements to “register with the sales tax authority” and submit one’s books for government auditing. For example, Mr. Keel writes, “Sales tax returns are very simple (multiply your sales by 23 percent and send it in).” However, to calculate one’s total sales, one must first tack on the 30 percent tax to every sold consumable good or service, track each entry separately, and figure out which sales count as “intermediate” rather than final sales. (See page 6 of FairTax.org’s “Plain English Summary” of the Fair Tax Act of 2007.) An “intermediate” sale is one involving “property or service in the production, provision, rendering, or sale of other taxable property or services.” The huge list of goods and services that can serve both “intermediate” and consumable ends includes paper, cell phones, automobiles, clothing, computers, books, food, cleaning services, and so on. Mr. Keel also wrongly claims that under a sales tax one would no longer have to maintain “mileage records to substantiate your business trips.” Section 705 of the Fair Tax Act of 2007 provides for just such record keeping. FairTax.org helpfully summarizes, “There are detailed and, unavoidably, somewhat complex rules for calculating the business use portion of mixed use property.” See the 133 pages of the 2007 bill for a full description of exemptions, filing and reporting requirements, and tracking mechanisms.

The “prebate” deserves some clarification here, as it too adds complexity to the “Fair Tax.” Mr. Keel claims that “if you are under the poverty level, you’ll get a tax pre-bate (the poverty level multiplied by the tax rate).” But the proposal “provides every American family with a rebate of the sales tax on spending up to the federal poverty level,” regardless of how much a family actually spends in taxes (see the first page of the “Plain English Summary”). Sections 301–305 of the 2007 bill define the relevant family unit, identification requirements, requirements for annual registration, and mechanisms for the rebate.

As Mr. Keel understates the complexity of the “Fair Tax,” so too he dramatically understates its potential for corruption. As I wrote before, under a sales tax “special interests would perennially plead for more exemptions, tax favoritism (as for ‘green’ energy), and higher taxes on ‘sin’ and ‘luxury’ items.” While Mr. Keel claims “There are no exemptions under the Fair Tax,” he quotes that line out of context, and he ignores language clearly exempting education. Page 5 of FairTax.org’s “Plain English Summary” states, “Tuition for primary, secondary, postsecondary education, and job-related training courses is not taxable.” While the idea behind the exemption is that education leads to production, obviously that is not always the case; for example, my college offered surfing classes. If surfing can be tax-exempt, no doubt an unlimited number of other service providers will send their lobbyists to Washington to plead for special treatment. Those skeptical about the reality of this problem are free to peruse the scores of sales tax exemptions in my home state of Colorado. Quite literally my state has been roiled in controversy over whether to tax bull semen. As for the “prebate,” it could easily morph into a program to intentionally subsidize the poor.

If advocates of a national sales tax would lead rather than follow with a proposal to repeal the Sixteenth Amendment, that would mitigate concerns about ending up with both taxes, each of which could be raised at any time. Mr. Keel offers little comfort when he states, “No current supporter of the Fair Tax would support the Fair Tax unless the entire income tax is repealed.” As I pointed out in my original article, Herman Cain already switched from advocating the sales tax to advocating a sales tax mixed with an income tax. Within the last couple of years, the sort of national sales tax to gain the most traction has been a Value Added Tax (VAT) added to the income tax. Whether the advocates of the “Fair Tax” want to abolish the income tax is basically irrelevant; politicians will prove more than happy to cherry pick from their proposals.

Mr. Keel argues that a national sales tax would reign in rather than expand a black market. But my point was not to compare the relative scope of illegal activity—an impossible task—but merely to point out that a national sales tax would in fact invite a robust black market. A sales tax of 30 percent added to the cost of every item would dramatically increase the incentive of miscreants to shoplift and break into warehouses, either for personal use or for illegal resale. (Remember that state sales taxes would be added on top of the federal tax.) Thus, in addition to incentivizing black markets, such a tax would increase security costs. Others would haul goods from Canada and Mexico for illegal sale. Services would prove particularly prone to tax evasion. Such problems could encourage Congress to replace a tax on consumable goods and services with a VAT on everything.

Mr. Keel offers no reason to think that Congress would accept his preferred rate of 30 percent (equivalent to a 23 percent “tax inclusive” rate), and current spending would require a sales tax substantially higher than that. The higher the tax, the greater the problems.

Mr. Keel reviews the strongest argument for a national sales tax on consumer items: “The Fair Tax eliminates impediments to investing because there is no tax on money not spent, thereby encouraging saving and investing.” However, an income tax could have the same effect by exempting proceeds plowed into investments. And, unfortunately, Congress could easily start taxing investments via a sales tax. However, it is true that a sales tax is more easily restricted to the taxing just of consumable items.

Advocates of the “Fair Tax” cannot fairly compare their ideal version of a sales tax to today’s income tax. Not only would Congress likely quickly corrupt the sales tax as proposed, but the enormous political effort that would be required to pass a sales tax also could be directed toward reforming the income tax to make it less unfair. The real question, then, is this: For a given amount of political effort, which is more likely to achieve the less-onerous tax: trying to pass the “Fair Tax” or trying to reform the income tax?

In my many years of political activism, I have joined many strategic fights over particular pieces of legislation. I have also run across many efforts that I began to call “silver-bullet strategies,” ideas touted as solutions to big problems but unlikely to actually change the political scene for the better because, like the silver bullets of lore, they depend on almost-magical properties to work. Silver-bullet strategies share several characteristics: they focus on passing narrow legal changes rather than educating the public about core philosophical ideas; they oversell the potential of a given proposal to expand liberty; they understate the inherent problems of a given proposal along with its potential for corruption; and they ignore alternative uses of activist time and resources. While replacing the income tax with a national sales tax remains something worth considering—especially in the context of a campaign to repeal the Sixteenth Amendment—in many ways the “Fair Tax” seems like a silver-bullet strategy.

Mr. Keel appears to agree with me that the central goal should be to radically cut federal spending and return the government to its function of protecting people’s rights. If liberty activists can accomplish that, reforming the details of the tax code will be the easy part. In the context of out-of-control federal spending and the altruism that fuels it, no tax can possibly be simple or fair. Whatever we do as activists, and whether we agree on every detail, we should stay focused on the need to cut spending and on the ideas that pave the way.