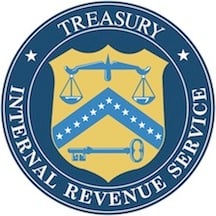 No wonder so many Americans want to abolish the income tax and the IRS along with it. The IRS pries into our earnings, our daily spending habits, even our mileage records. The nightmarishly indecipherable tax code imposes huge compliance costs, along with the risks of arbitrary persecution for innocent errors. Pandering to special interests, politicians endlessly complicate the code with deductions, exemptions, and special breaks, distorting the economy.

Hoping for a simpler, less-meddlesome tax system, some call for replacing all income-related taxes with a national sales tax. Those championing the idea include author and financial advisor Peter Schiff and Republican Presidential hopeful Gary Johnson. (Another candidate, Herman Cain, advocated a sales tax some months ago and then adopted a proposal blending a sales tax with an income tax.) The Texas-based group Americans for Fair Taxation offers the most mature proposal with its "Fair Tax." However, there is nothing about a sales tax that is inherently more fair than an income tax, and the Fair Tax would impose a new set of burdens on businesses and consumers.

The Fair Tax would replace income-related taxes with a 30 percent sales tax added to most consumable goods and services (an amount that would fluctuate over time with entitlement spending). The tax's sponsors tout a 23 percent "tax-inclusive" rate, but that just means that a $30 tax on a $100 purchase represents 23 percent of the total price. The 23 percent figure comes from the revenue-neutral level for 2007; notably, federal spending has increased about 40 percent since then. Congress would determine the initial rate as well as future hikes, and no doubt Congress would treat the 23 percent figure as the floor. We can only guess at how large a black market such a high sales tax would encourage.

The Fair Tax applies to services as well as goods, whether sold or bartered, adding dramatically to the tax's compliance costs. Today, most states do not charge sales taxes on common services such as hair styling, massage, and lawn care (though a federal sales tax on services might encourage states to follow suit). Notably, many service providers work alone or in small shops, and each business would need to "register as a 'seller' with the sales tax administering authority" and make regular payments. The compliance burden may encourage some service providers to join larger corporations to handle the paperwork.

The Fair Tax does offer some exceptions to service providers remitting the tax. If you earn less than $1,200 "not in connection with a trade or business" and "in connection with a casual or isolated sale" (as determined by the taxing authority), then the purchase is exempt. Also, if you work as a "domestic servant," a category that apparently includes maids, nannies, and gardeners, then you don't have to remit the tax; your employer does.

Those hoping they'd never need to remit another federal tax under the Fair Tax, then, should check again. If you sell goods, provide services that are taxable (and most are), or hire help at home, you must remit the tax. If you spend more than $400 per year on foreign goods or services, you must remit the tax. And if you file something incorrectly (say, by improperly listing a purchase as "95 percent for business purposes") the taxing authority can fine you and throw you in prison for up to a year. That the taxing authority no longer operates under the banner of the IRS may offer less comfort than imagined.

The Fair Tax intentionally taxes people in different circumstances different percentages of their predicted spending. The Fair Tax becomes progressive by offering a "prebate" to all families in an amount meant to offset the typical sales taxes paid by those beneath the poverty line. In practice, that means the federal government pays each family of four over $500 per month, regardless of how much the family actually pays in taxes. Moreover, the tax exempts education and job-related training and offers nonprofits special breaks.

Even if passed in ideal form, the Fair Tax would create myriad problems. But when does Congress ever pass a bill in ideal form? In the reality of Washington politics, a national sales tax likely would supplement the income tax rather than replace it, enabling future sessions of Congress to increase both. Even if by some miracle Congress managed to replace the income tax with a sales tax, special interests would perennially plead for more exemptions, tax favoritism (as for "green" energy), and higher taxes on "sin" and "luxury" items. One can imagine future activists pleading to replace the complex, burdensome sales tax with a simpler, more "fair" income tax.

For the same political effort required to pass the Fair Tax, existing taxes could be significantly reformed. The income tax could be made simpler and flatter, eliminating its double-taxation and impediments to investing. Criminal penalties could be reduced and taxpayer protections added.

All this is not to argue that a national sales tax is necessarily worse than a national income tax; depending on particulars, it could be better or worse. But passing the Fair Tax would require enormous political effort, and at best it would offer a small step toward protecting our liberties. Certainly it is no panacea.

To a large degree, the debate over the sales tax versus the income tax misses the more fundamental issue of spending levels. How the federal government collects our money matters, but how much the government forcibly confiscates matters far more. So long as the federal government spends massive amounts of the citizens' wealth on "bailouts," corporate welfare, and handouts to individuals, any resulting tax necessarily grows onerous.

Yes, advocates of liberty should look at strategies to make tax collection less burdensome. But fundamental tax reform, which must include serious cuts in net taxes collected, becomes possible only with significant cuts to federal spending. Above all, advocates of liberty must persuade their fellow Americans to support individual rights, including each person's right to use his own earnings as he judges best. Only then will genuine tax reduction and simplification become possible.