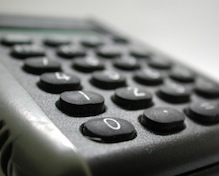 [We received the following letter from John Keel regarding a recent post by Ari Armstrong, and we’re posting it here with Mr. Keels' permission. Mr. Armstrong will reply shortly. –Ed.]

In his post “Fair Tax Looks Ugly in the Details,” Ari Armstrong makes several claims that I regard as false. I will address each point.

Mr. Armstrong wrote, “The Fair Tax would replace income-related taxes with a 30 percent sales tax” and he correctly stated that the tax’s sponsors tout a 23 percent “tax inclusive” rate. If you earn $130 under the current federal income tax system and paid $30 in taxes, your tax rate would be 23 percent ($30/$130). Under the Fair Tax system, if you earned $130, and if you spent it all, you would also pay $30 in federal tax or 23 percent. If you did not spend all your earnings, you would pay less. The income tax rate is calculated using all of your income in the denominator so why not calculate the fair tax rate the same way for comparison purposes?

Mr. Armstrong wrote that subsequent to the calculation of the revenue neutral 23 percent Fair Tax rate in 2007, federal spending has increased about 40 percent. He wrote we could only guess at how large a black market such a high sales tax would encourage. First, the Fair Tax would capture a huge amount of the black market transactions escaping taxation under the current income tax system. Drug dealers would start paying tax on groceries, gasoline, etc. Secondly, everyone who buys goods from a wholesaler will have to register with the sales tax authority. Would a wholesaler attempt to accommodate tax evading customers by not obtaining a copy of such registration? If the wholesaler did, he would have to hide all his under-the-table sales and related costs. An audit of his books would reveal reveal costs incongruous with recorded sales. I can tell you as a retired C.P.A., this would be a nightmare to manage. From wholesaler records, a government auditor could select wholesale customers for audit. It would be extremely difficult for a tax cheat to hide significant purchases in an audit because purchases can be easily traced to wholesaler records. Financial analysis of these purchaser’s books would easily reveal distortions in cost compared to revenue. Plus the tax evading retailer and wholesaler accomplice would not be able to use the banking system to deposit the clandestine money or write checks to employees or vendors.  A businessman could opt to take the risk he won’t be audited but most businessmen want to sleep. Knowing you are a sitting duck if audited will keep the vast majority of people honest. Again, the ability to go black market not only requires the ability to hide sales, it requires the ability to pay your bills off the books, in cash.  Certainly major businesses would not attempt this and even smaller businessmen would know they could be easily caught. Moreover, the tax does not apply to used goods so a black market would not exist in used goods.

Mr. Armstrong wrote, “The Fair Tax applies to services as well as goods, whether sold or bartered, adding dramatically to the tax’s compliance costs.” Actually, service businesses compliance costs would be much lower because they would no longer file an income tax return as they do now.  Filing a sales tax return is much simpler than figuring out the byzantine income tax code and incurring expensive tax accountant fees in the process. Sales tax returns are very simple (multiply your sales by 23 percent and send it in). Compliance cost savings under the Fair Tax are projected to be in the $265 billion to $500 billion range. No need for a smaller business to join a larger business to avoid handling the paperwork as Mr. Armstrong wrote. I’ve prepared many sales tax returns and applications for sales tax ID’s. A low wage clerk could do it all in less than an hour per month.

Mr. Armstrong wrote, “Those hoping they’d never need to remit another federal tax under the Fair Tax, then, should check again.”  The Fair Tax replaces federal income taxes including personal, estate, gift, capital gains, alternative minimum, Social Security, Medicare, self-employment, and corporate.  Filing a simple sales tax return in order not to file a complicated income tax return is fantastic and of course there would be no personal returns to file!

Mr. Armstrong wrote, “And if you file something incorrectly (say, by improperly listing a purchase as “95 percent for business purposes”) the taxing authority can fine you and throw you in prison for up to a year.” Specifically the Fair Tax bill states, “Reckless or willful failure to collect tax, reckless or willful failure to pay tax, and willful assertion of invalid exemption – civil penalty, the greater of $500 or 20 percent of tax not collected; criminal penalty, imprisonment for up to one year.” This is the only mention of imprisonment in the Bill. Sure, if you make errors you can be penalized and if you submit a fraudulent return you could be imprisoned.

Mr. Armstrong wrote, “That the taxing authority no longer operates under the banner of the IRS may offer less comfort than imagined.” Obviously the government will still have to audit some sales tax returns.  But under the Fair Tax, you will not be audited personally, and if your business is audited, the possibility of an error is extremely less than with an audit of a complex income tax return.  This is hugely more comforting than the previous audits which involved an 11,000 page tax code to comply with!

Mr. Armstrong stated, “Even if passed in ideal form, the Fair Tax would create myriad problems.” This is an unsubstantiated statement and should be disregarded.

Mr. Armstrong stated, “In the reality of Washington politics, a national sales tax likely would supplement the income tax rather than replace it, enabling future sessions of Congress to increase both.” No current supporter of the Fair Tax would support the Fair Tax unless the entire income tax is repealed. Moreover, with the Fair Tax abolition of the IRS and it’s code, a constitutional amendment repealing the 16th Amendment and prohibiting an income tax will be pushed through Congress for ratification by the states (filed as HJR 16 in the 110th Congress).

Mr. Armstrong stated, “Even if by some miracle Congress managed to replace the income tax with a sales tax, special interests would perennially plead for more exemptions.” That’s right. No matter what we do there will always be corrupt parties trying to destroy our work. That shouldn’t stop us from fighting.  A Bill is only ink stains dried on a line – just like the Constitution – and it will require constant vigilance.

Mr. Armstrong wrote, “The income tax could be made simpler and flatter, eliminating its double-taxation and impediments to investing. Criminal penalties could be reduced and taxpayer protections added.” First, a tax on income is a disincentive to earn an income. Double-taxation does not occur under the Fair Tax. The Fair Tax eliminates impediments to investing because there is no tax on money not spent, thereby encouraging saving and investing. Also the capital gains tax is abolished.  How could an income tax be simpler and flatter than the Fair Tax that falls only on sales and is calculated as follows: multiply your sales by 23 percent, sign, and mail it in?

Mr. Armstrong stated, “But passing the Fair Tax would require enormous political effort, and at best it would offer a small step toward protecting our liberties. Certainly it is no panacea.” A panacea? No one is claiming it is a panacea. That is a straw man argument.  It would only offer a “small step toward protecting our liberties”? Eliminating all the following taxes and the thousands of pages of tax code is a huge step toward protecting our liberties: federal income taxes including personal, estate, gift, capital gains, alternative minimum, Social Security, Medicare, self-employment, and corporate! The Fair Tax would provide you the liberty of not having your personal bank account frozen, not paying an attorney or CPA to prepare your tax return, not being imprisoned for personal tax return non-compliance, not spending your time reading thousands of pages of tax code, not being charged hidden taxes in the price of products you buy, not keeping mileage records to substantiate your business trips, and not filling out W2’s and 1099’s if you’re a businessman. In other words, letting you keep more of your money, having more time for important activities and worrying less.

Mr. Armstrong wrote, “To a large degree, the debate over the sales tax versus the income tax misses the more fundamental issue of spending levels.” This is a false dichotomy. We have to both reduce spending levels and rid ourselves of the IRS and its Gestapo tax code. Why settle for just one or the other? Why not have both?

One of the best features in the Fair Tax is the probability of an economic boom resulting from the removal of impediments to investing. We should all be very excited about the attention the Fair Tax is receiving and take every opportunity to talk it up to friends and congressmen.