I recently sat down with Sandra J. Shaw to ask her about her work, her views on art, and how she became a sculptor. Ms. Shaw’s sculptures are owned privately throughout the United States and Canada, as well as in England, Australia, Bermuda, Singapore. Her work can be viewed on her website, www.sandrashaw.com, or by appointment. The interview is accompanied by several images of the works discussed. —Craig Biddle 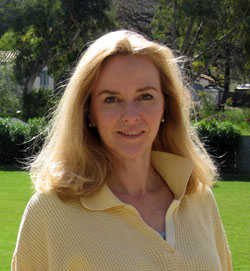 Craig Biddle: Thank you for joining me, Sandra. I know our readers will be delighted to hear from you and get a peek inside your fascinating world.

CB: Why did you choose a career in sculpture, how and when did it begin?

SS: I didn’t set out to become a sculptor; I had no interest in being an artist. I grew up in Canada, which did not have a thriving fine art culture that I was aware of, or a fine arts profession that was promising to me. The art schools where I grew up were preoccupied with anti-art. So I was not attracted to the art world or the lifestyle that I thought artists lived.

That being said, I ended up becoming an artist simply because I love making art. I just couldn’t get away from it. I tried. I did other things. For instance, I enjoyed writing and pursued a career in journalism for some time, which I thought would be an interesting living. But I never gave up my art.

I’ve always made art from as long ago as I can remember. I drew throughout my childhood—that was my passion—and I knew I was developing a facility for art. So I always knew that I would have art in my life.

While in high school I attended night classes at a couple of colleges to explore journalism and commercial art. I even made some headway in the commercial art business, making some album covers and posters for the music industry, of all things. But by the time I’d graduated high school, I knew I didn’t want a career in commercial art.

Sculpture came to the forefront when I was in my freshman year at university. I’d decided to pursue journalism and went to university so that I could become a knowledgeable writer. I didn’t want to have writing skills without knowing something about the world.

To pay tuition, I got a summer job working in the art department for the Royal Ontario Museum (ROM) in Toronto. At that time they were making a series of dioramas on the history of North American natives. A museum diorama is a three-dimensional scene that typically has figures and a painted or photographic backdrop. After a while it was apparent to me that the diorama project would be improved if they made better headway making the human figures.

I knew the scenarios they wanted for the dioramas, so I drew up designs of the figures and showed these to the head of the art department. That’s how I got the job of sculpting nine life-size human figures—my first job in sculpture, and three important years of studio experience in sculpture.

I picked the simplest, most fully draped figures to do first, and left the mostly nude figures for last. This way I could master the head and hands in the beginning, and after a couple of years was able to sculpt the full figure. That was great training. It was how I converted my brain from drawing to sculpting in three-dimensional form.

At the end of that project, I knew that I loved sculpture so much that it would be terrific if I could do this for a living. The idea of casting a figure into a permanent medium was thrilling to me, so I tried casting some small figures in bronze. And I eventually found that I could sell my bronzes.

I continued to study the figure in life drawing classes, and advanced my skills at the National Academy in New York.

CB: What have been the greatest influences on your work?

SS: The great art of the past and the human figure per se. I think the greatest inspiration and influence began with the drawings of Michelangelo and Leonardo da Vinci.

I don’t remember how I got my hands on them, but for some reason I had access to Renaissance drawings before I was ten. I suspect that they were featured in art books that my parents had. I remember being thrilled by the line work and the kinds of human beings that Michelangelo and Leonardo portrayed. Although I didn’t know it at the time, I was responding to the possibilities that those gorgeous, heroic figures suggested—they were god-like human beings with overarching gestures, physiques, demeanors. They captivated me. I examined and copied those master drawings. Later I had the opportunity to draw from Greco-Roman statuary in the ROM antiquities collection. That was long before I’d thought about sculpture, but I found classical form intriguing and pleasing. Those works showed a world of glorious men and women that stayed with me.

Anatomical drawings also had a big impact on me—both master drawings and drawings in anatomy books for artists. Around age twelve I started copying anatomical drawings. I also recall drawing a human skull at a natural history museum. The facts of anatomy were core to my understanding of what I was looking at in the Renaissance works, and the structures of the human body fascinated me.

Around the same time I became interested in the human face and in how a portrait can convey a kind of soul. I drew from photographs and from life—friends and classmates. The human figure and face have remained inspiring sources that translate for me a certain kind of life. . . .

View all articles by Craig Biddle →
The Mastermind behind SEAL Team Six and the End of Osama bin LadenReview: Captain America: The First Avenger
Return to Top